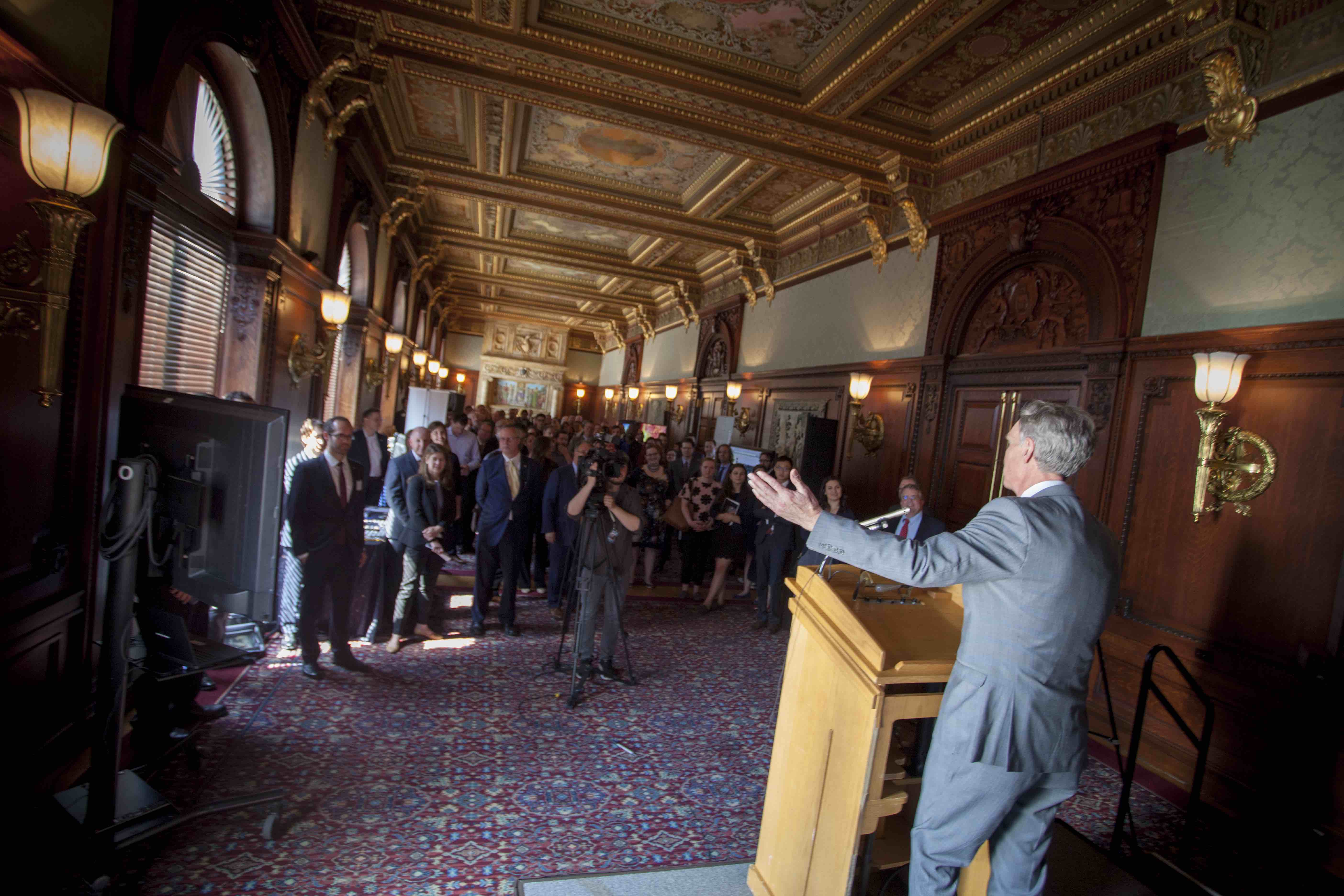 The American Astronautical Society was pleased to participate in the “launch” event of the Planetary Science Caucus held Wednesday, May 9, in Washington DC. The gathering took place in the Members Room of the Library of Congress Thomas Jefferson Building.

The Planetary Science Caucus, formed in January 2018, is a bipartisan, bicameral caucus committed to increasing awareness of the benefits achieved through scientific exploration of the cosmos. The caucus currently consists of 26 members from the House and Senate.

The caucus offered a unique opportunity for members of Congress and staff to engage directly with NASA leaders, aerospace industry representatives, scientists, educators, and groups like AAS who are involved in planetary science and exploration. There were ample opportunities to see both the present and future exploration potential, understand the current state of the search for life, and see how private industry can engage with the scientific community to help reach the Moon, asteroids, Mars, and beyond.

AAS was represented by Jim McAdams, our Vice President Technical, and Jim Way, Executive Director. Our display included highlights of NASA’s Discovery and New Frontiers planetary exploration programs, models of various exploratory spacecraft such as MESSENGER and OSIRIS-REx, models of asteroids and a comet, globes of Mercury and Pluto, and general information about AAS and our mission.

Bill Nye, science educator and CEO of The Planetary Society, hosted the event. Brief remarks were made by caucus co-chairs Rep. John Culberson (R-TX-07) and Rep. Derek Kilmer (D-WA-06). Planetary Society board member Robert Picardo, known for his roles on Star Trek: Voyager and The Wonder Years, also attended and engaged with the participants.

More information on the event is available here. There is also a short video posted online with highlights of the event. 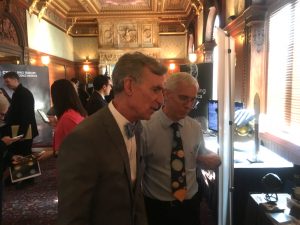 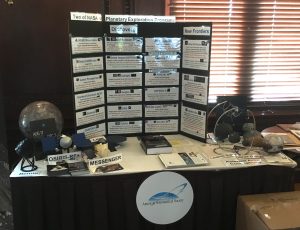 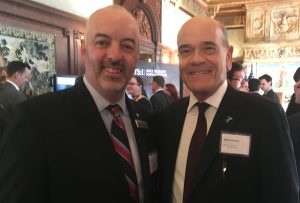