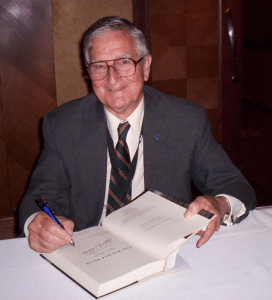 The Ordway Award is named in memory of Frederick I. Ordway III (1927-2014), human spaceflight advocate and chronicler of the history of rocketry and space travel.  The award recognizes exceptional, sustained efforts to inform and educate on spaceflight and its history through one or more media, including (1) writing, editing, or publishing, (2) preparation and/or presentation of exhibits; or (3) production for distribution through film, television, art, or other non-print media.  The award is managed by the AAS History Committee.

Deadline for nominations is July 1. 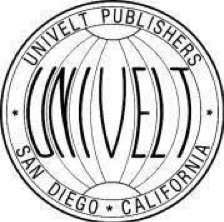 Univelt is recognized for sustained excellence in documenting space history through production of AAS publications.

Robert H. Jacobs and his father, Horace Jacobs, have provided one of the great pillars of the space history community for sixty years. Their imprint, Univelt, has documented the proceedings of the American Astronautical Society almost since its inception. Their ongoing AAS History Series and the companion “Advances in the Astronautical Sciences” series, along with the “Science and Technology” series (1964-2013), represent a massive repository of space history information that beggars parallel. Without their effort, going all the way back to Horace’s work in the late 1950s, much of the character and detail of America’s space history would be lost. In many instances, the AAS publications represent the only remaining documentary evidence of many early American astronautical theories and studies. Due to Univelt’s later affiliation with the International Astronautical Federation’s history committee, the annual history publications represent one of the only global records of space history research, providing a truly international forum for the students of space history. 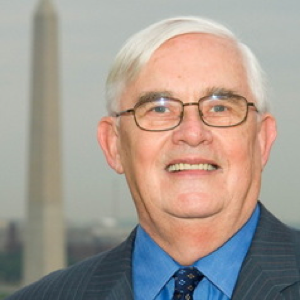 Dr. John M. Logsdon has spent a lifetime analyzing and recording space policy. Along the way, he founded and guided an educational institution dedicated to space policy and has written numerous award-winning books and articles on space policy and space history. He has continually encouraged and mentored graduate students and other budding historians and policy wonks. He has never been afraid to take an unpopular position on a space policy decision and provide the rationale and documentation for that position. Dr. Logsdon’s dedication has greatly strengthened the field of space policy. Logsdon has been on the faculty of George Washington University since 1970 and is currently a professor emeritus of political science and international affairs. He was the founder, and from 1987–2008 was the Director, of the Space Policy Institute at GWU. He has also served on the faculty of the International Space University. In 2003, Logsdon was a member of the Columbia Accident Investigation Board, in charge of the team researching and analyzing space history and policy as it related to the loss of Columbia. In 2008-09, Logsdon served as the Charles A. Lindbergh Chair in Aerospace History at the Smithsonian National Air and Space Museum. John is a prolific author of space policy analysis including The Decision to Go to the Moon: Project Apollo and the National Interest (MIT Press, 1970). He was also the general editor of the seven-volume series Exploring the Unknown: Selected Documents in the History of the U.S. Civil Space Program (NASA, 1995). More recently, he is the author of the award-winning John F. Kennedy and the Race to the Moon (Palgrave Macmillan, 2010), After Apollo? Richard Nixon and the American Space Program (Palgrave Macmillan, 2015), and Ronald Reagan and the Space Frontier (Palgrave Macmillan, 2018). 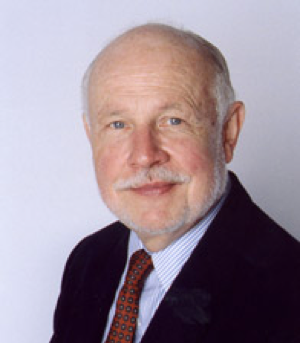 John Noble Wilford is recognized for sustained excellence in print journalism through his coverage of spaceflight activities.

John Noble Wilford has been one of the most ardent and articulate communicators of space science and exploration for decades from his perch at the venerable New York Times and in his independent writing. Wilford was a long-time science reporter and science correspondent, assistant national news editor, director of science news, and featured columnist at the New York Times. He is the author of thousands of columns and ten books, including the New York Times’ front-page story of the Apollo 11 landing (“Men Walk On Moon”). Wilford received the Pulitzer Prize for National Reporting in 1984 for “reporting on a wide variety of scientific topics of national import.” He was also a member of the team that received the Pulitzer Prize in 1987 for investigative coverage of the Space Shuttle Challenger accident. Wilford’s career at the New York Times began in 1965. During his tenure, he covered the U.S. space program with a passion that ranged from thorough and objective reporting to poetic romanticism and a sense of the mythical, to occasional disappointment and criticism. He has always been insightful, with a command of language and verbal imagery takes readers to the heart of space exploration and its cultural significance. 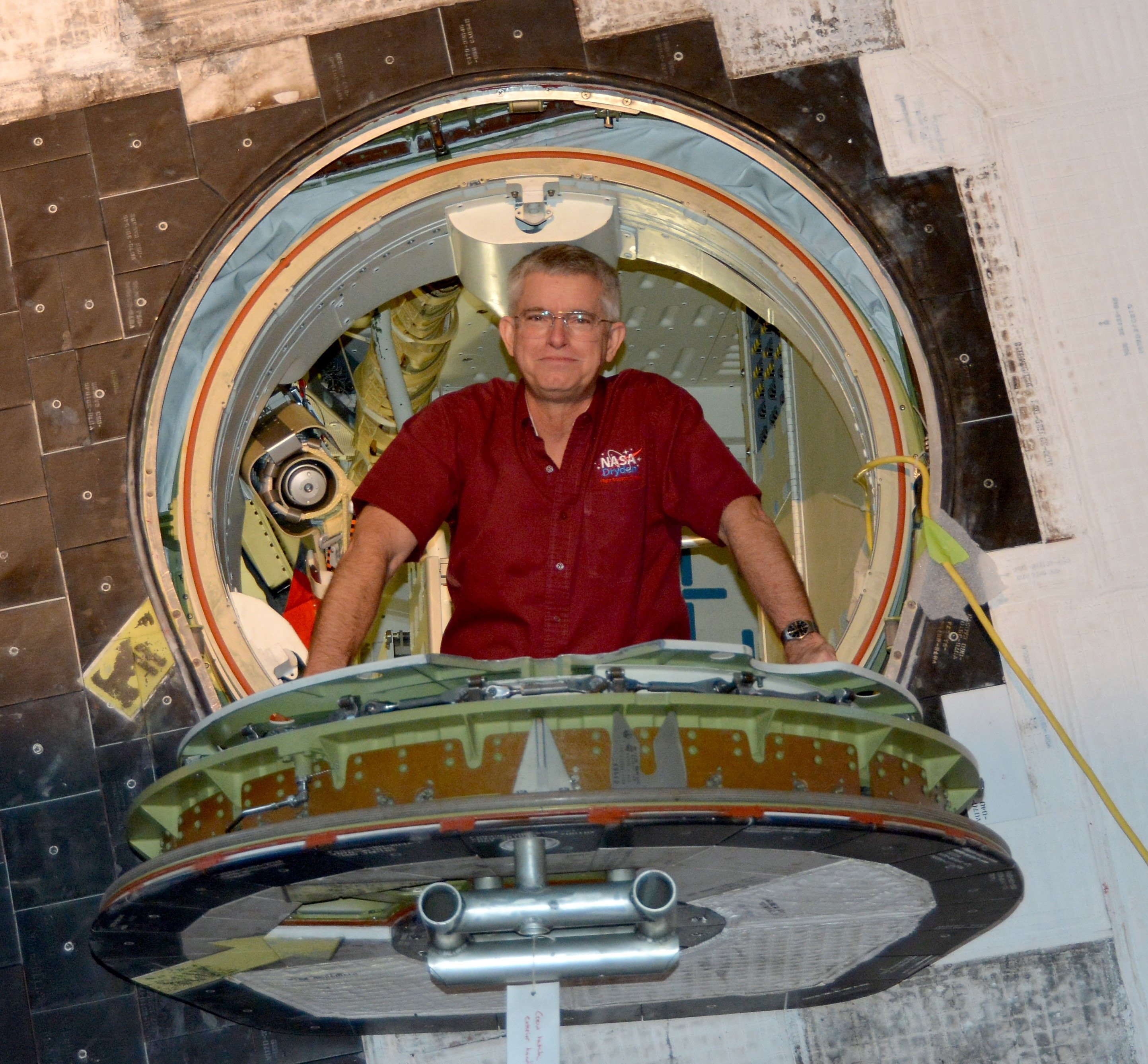 Dennis R. Jenkins is recognized for sustained excellence in documenting aviation and space history and in making US aerospace achievements accessible to the public. An aerospace engineer, manager, and author, Mr. Jenkins ranks among the most prolific of aviation and space historians. He has published more than 50 books on subjects as diverse as WWII fighters and bombers, hypersonic X-planes, launch facilities, Apollo 11, spacecraft re-entry systems, pressure suits, the space shuttle, and servicing the Hubble Space Telescope. His magnum opus is the three-volume definitive technical history, Space Shuttle: Developing an Icon, published in 2017 by Specialty Press. Mr. Jenkins’ written work is well informed by his hands-on experience as an engineer and project manager, his meticulous research, and his gift for writing intelligibly about technical matters for readers at various levels of familiarity with his subjects. 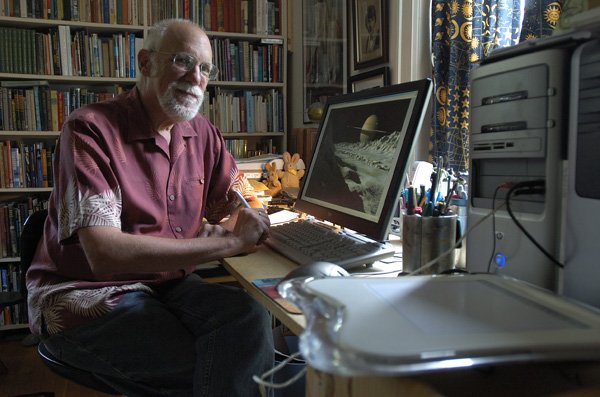 Ron Miller is recognized for sustained excellence in the field of space art and offering a tantalizing glimpse of the future. An accomplished and prolific space artist and author, Mr. Miller has provided a “bridge” between science fact and science fiction for over 40 years. He worked closely with Fred Ordway on the IBM exhibition and book, Blueprint for Space (Smithsonian Press, 1992), contributing a chapter to the book and recreating three missing Collier’s magazine paintings by Cheslet Bonestell. Mr. Miller’s richly illustrated books narrating both the possible futures and the past of space exploration have fueled the imagination of many future engineers, scientists and artists. In fact, one of the stamps he designed for the U.S. Postal Service in 1991 is credited with helping inspire the New Horizons mission to Pluto. The richness of his visions of space, built on his familiarity with the history of dreams of spaceflight, has allowed Mr. Miller to provide us with a glimpse of the future. 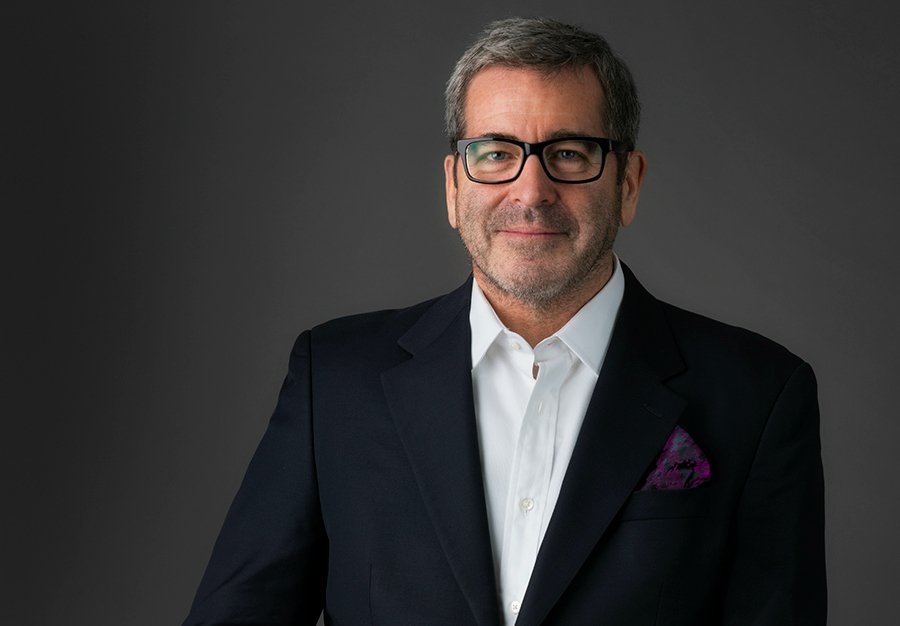 Miles O’Brien is recognized for sustained excellence in journalism through his coverage of spaceflight activities. Mr. O’Brien is a journalist, writer, and producer who has been a familiar face on television for more than 30 years. He has won a multitude of awards for science reporting, including four Emmys and a Peabody. Mr. O’Brien started his professional career in television in Washington DC, and spent a decade reporting for TV stations around the country before beginning a 16-year tenure as CNN’s space and aviation correspondent. He served as chair of the Education and Public Outreach Committee of NASA’s Advisory Council for three years. An accomplished pilot and scuba diver, O’Brien also serves on the boards of the Challenger Center for Space Science Education, the Council for the Advancement of Science Writing, LessCancer.org, and the Rotary National Award for Space Achievement Foundation. For the last decade, Mr. O’Brien has been providing special reports for PBS News Hour and is one of the most respected voices in science journalism.