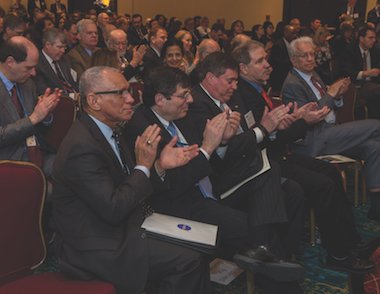 SPRINGFIELD, VA (January 22, 2018) – The American Astronautical Society (AAS) is pleased to announce the winners of its 2017 awards. AAS presents several annual awards bestowed for meritorious accomplishments during the previous year or not previously honored by AAS award recognition.

“AAS is excited to honor these individuals and programs for their remarkable achievements and accomplishments,” said Carol Lane, AAS President. “Their work is truly deserving of recognition and we at AAS thank and congratulate all of the winners who have each advanced space flight and exploration.”

The awards and winners for 2017 are as follows:

With the exception of the Brouwer Award, honorees will be presented with their awards at the 2018 Robert H. Goddard Memorial Symposium (March 13-15, Greenbelt, MD) during the luncheon on Wednesday March 14.  More information on the Goddard Symposium is available at astronautical.org/goddard.  The Brouwer Award will be presented during the 2018 AAS/AIAA Astrodynamics Specialist Conference in Snowbird, UT (August 19-23).