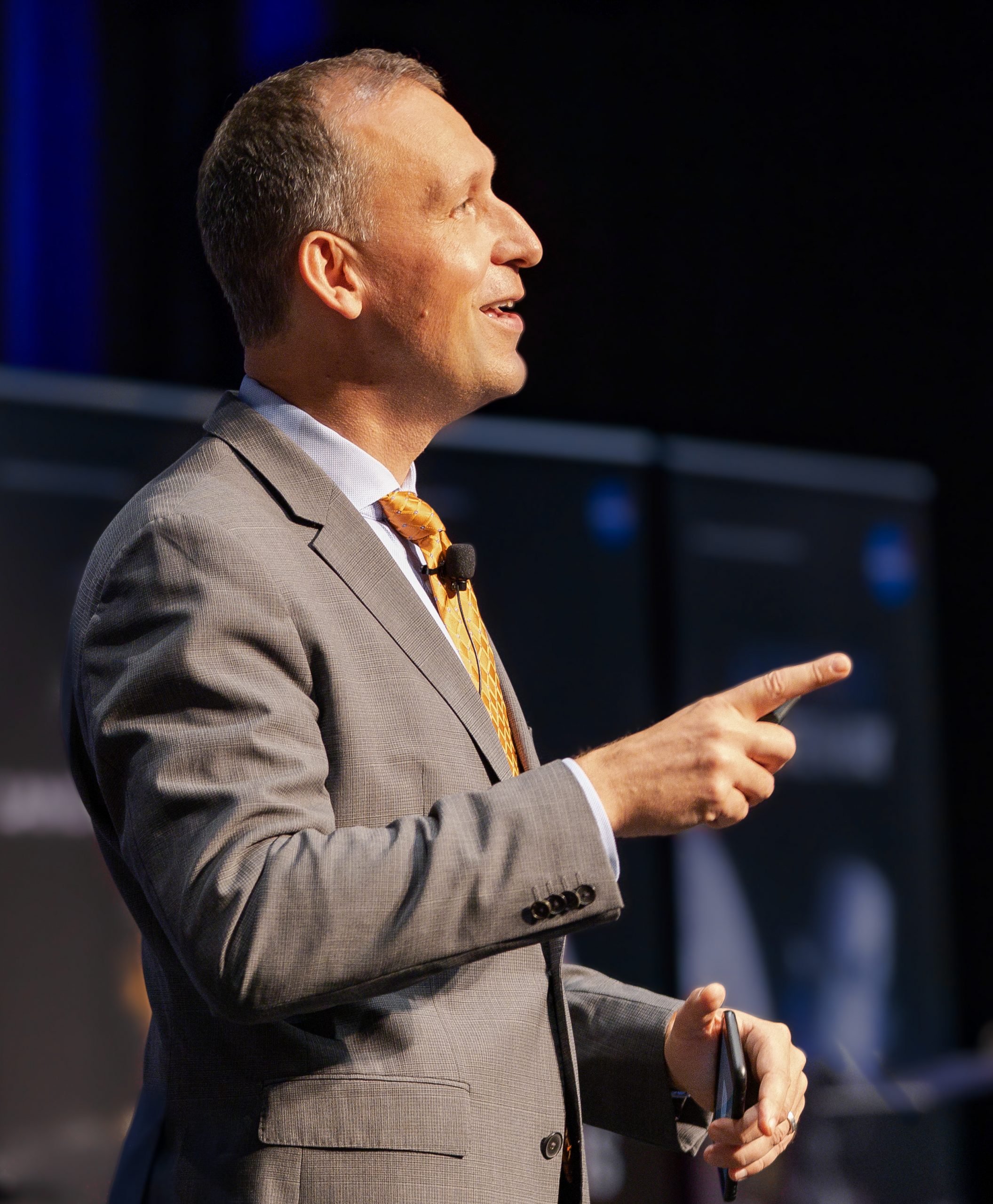 Scientific discovery is one of humanity’s most important endeavors. Using the tools of exploration, we can better understand our world and our universe and ultimately learn more about ourselves. All discovery is interconnected, and no important question stands alone. As NASA’s Associate Administrator for the Science Mission Directorate, Dr. Thomas Zurbuchen is tasked with helping us answer some of humanity’s biggest questions: Where did we come from? Are we alone? How does the universe work? Dr. Zurbuchen is well versed in the practice of asking difficult questions that help us seek interconnected answers leading to real world impacts. He is keenly interested in innovation and how leadership is developed and how the pursuit of excellence can help change the world.

Growing up in Switzerland, Dr. Zurbuchen was a keen observer of the natural world from an early age. His curiosity led him to pursue degrees in physics, and he has served on and led innovative scientific teams that have helped enlarge our perspective on the solar system and the universe. Previous points of focus have been the planet Mercury and our Sun. He was also a professor of space science and aerospace engineering at the University of Michigan in Ann Arbor. He was the founding director of UM’s Center for Entrepreneurship at the College of Engineering and developed and ran several campus wide innovation initiatives, one of which led to the top-ranked undergraduate entrepreneurship program nationally.

On a daily basis, Zurbuchen works to ensure that NASA’s science missions build partnerships across disciplines and with industry and other nations to generate new questions and help advance the frontiers of knowledge and exploration. He brings a wealth of scientific research, engineering experience and hands-on knowledge to NASA’s world-class team of scientists and engineers. Zurbuchen sets the NASA Science strategy and inspires the teams to carry it out.

During his career, Zurbuchen has authored or co-authored more than 200 articles in peer reviewed journals in solar and heliospheric phenomena. He earned his doctorate and Master of Science degrees in physics from the University of Bern in Switzerland. His honors include multiple NASA ground achievement awards, induction as a member of the International Academy of Astronautics, a NASA Outstanding Leadership Medal, and the 2018 Heinrich-Greinacher prize, the leading science-related recognition from the University of Bern. Zurbuchen engages people worldwide with NASA’s work and the inspiration of science. He can be found on Twitter @Dr_ThomasZ.