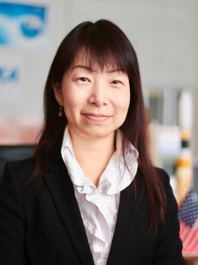 Masami Onoda was appointed Director of the JAXA Washington D.C. Office as of 1 July 2018, representing Japanese space to the U.S. and Americas. Prior to that she was the U.S., European and multilateral interface at the International Relations and Research Department of JAXA. She is also engaged in the private sector advising the space debris start-up Astroscale since its foundation in 2013. From 2009-2012. Dr. Onoda was Scientific and Technical Officer at the intergovernmental Group on Earth Observations (GEO) Secretariat hosted in the World Meteorological Organization in Geneva, Switzerland. In 2003-2008, while pursuing her graduate studies, she was invited to the JAXA Kansai Satellite Office in Higashiosaka as a Space Technology Coordinator to support technology transfer to SMEs for a small satellite project. In 1999-2003 she worked in the field of Earth observations at JAXA (then NASDA), serving as the Secretariat of the Committee on Earth Observation Satellites (CEOS). In 1999 she was seconded to the UN Office for Outer Space Affairs (UNOOSA). She holds a Ph.D. in Global Environmental Studies (2009) and a master’s degree in environmental management (2005), both from the Kyoto University Graduate School of Global Environmental Studies. Her undergraduate degree is in international relations from the University of Tokyo.