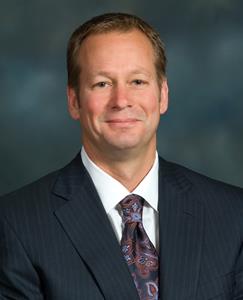 Jim Maser is Senior Vice President of Aerojet Rocketdyne’s Space Business Unit. In this role, he is responsible for leading the design, development, test and manufacturing for launch and space propulsion systems. Mr. Maser has more than 35 years of global aerospace experience and leadership, spanning entrepreneurial space launch, human spaceflight as well as commercial and military jet engines. He previously served as president of James G. Advisors, LLC, a strategy, leadership and technical execution consulting firm. Prior to that, he held a number of roles within Pratt & Whitney between 2006 and 2017, including vice president of the F135 engine program and president of Pratt & Whitney Rocketdyne, where he was responsible for the design, manufacture and performance of power and propulsion systems across numerous platforms. A long-time leader in the aerospace industry, Mr. Maser has extensive experience in program management, design and engineering leadership. Beginning with the Boeing Delta and Evolved Expendable Launch Vehicle programs in structural design, he became lead of advanced studies in systems integration and was one of the key architects of the evolution of Delta II to Delta IV. In 1998, he transitioned to chief engineer of Sea Launch. Before joining McDonnell Douglas (now Boeing) in the 1980s, he was a research fellow at NASA/Lewis (now Glenn) Research Center. Mr. Maser graduated from the University of Akron with a Bachelor of Science in Engineering and a Master of Science in Engineering. He later received a Master of Business Administration from the University of California, Los Angeles. Additionally, he currently serves on the board of trustees of the California Science Center and is a past president of AIAA. Mr. Maser also serves as an Advisory Board Member for Firefly Aerospace Inc. He previously served on the board of directors of the Space Foundation.