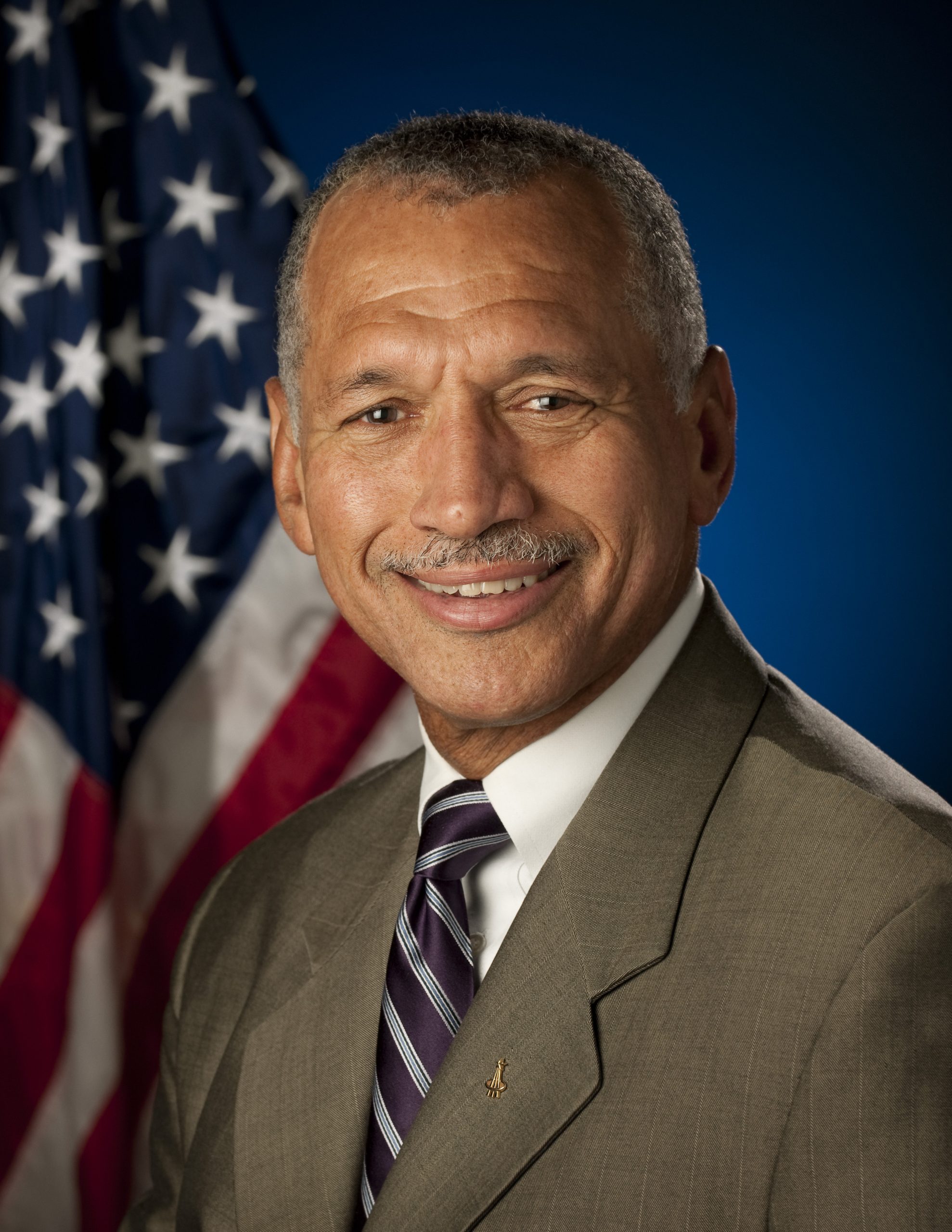 CHARLES F. BOLDEN JR. Major General, US Marine Corps (Ret) 12th NASA Administrator Retired Marine Corps Maj. Gen. Charles Frank Bolden Jr. was the Administrator of the National Aeronautics and Space Administration (NASA) from July 2009 until January 2017. Bolden’s 34-year career with the Marine Corps included 14 years as a member of NASA’s Astronaut Office. After joining the office in 1980, he traveled into orbit four times aboard the space shuttle between 1986 and 1994, commanding two of the missions and piloting two others. Today, Bolden serves as the President and CEO of The Bolden Consulting Group LLC. He also serves as an independent director of Atlas Air Worldwide Holdings and Blue Cross Blue Shield of South Carolina in addition to numerous other professional affiliations. Bolden is a graduate of C.A. Johnson High School in Columbia, S.C. He earned a Bachelor of Science degree from the U.S. Naval Academy and a Master of Science degree from the University of Southern California.