The American Astronautical Society, in conjunction with the U.S. Naval Research Laboratory (NRL) and Tarleton State University, recently hosted our 14th annual rocket payload design-build-launch competition for college and university students from around the world. It’s called CanSat, and this year’s competition was one of the best ever.

CanSat is set up to give students an experience that closely resembles what they could go through as aerospace or electrical engineers when designing, building, and flying true orbital or deep space satellites. They go through all of the major phases of a program and are judged and reviewed each step of the way. It’s a very difficult and sophisticated contest in which only the best teams can prevail.

Each year, competition director Ivan Galysh from NRL designs a new mission challenge. This year’s was to design the CanSat, which is about the size of a couple of stacked oil cans, to carry an egg internally and, upon release from the launch vehicle, deploy an aerobrake to slow the CanSat’s descent, eject that aerobrake at a specific altitude, and deploy a parachute for the final descent. Also, throughout the flight, the CanSats are supposed to collect data such like altitude, descent rate and others and transmit that to a ground station via wireless telemetry. A daunting exercise to say the least. 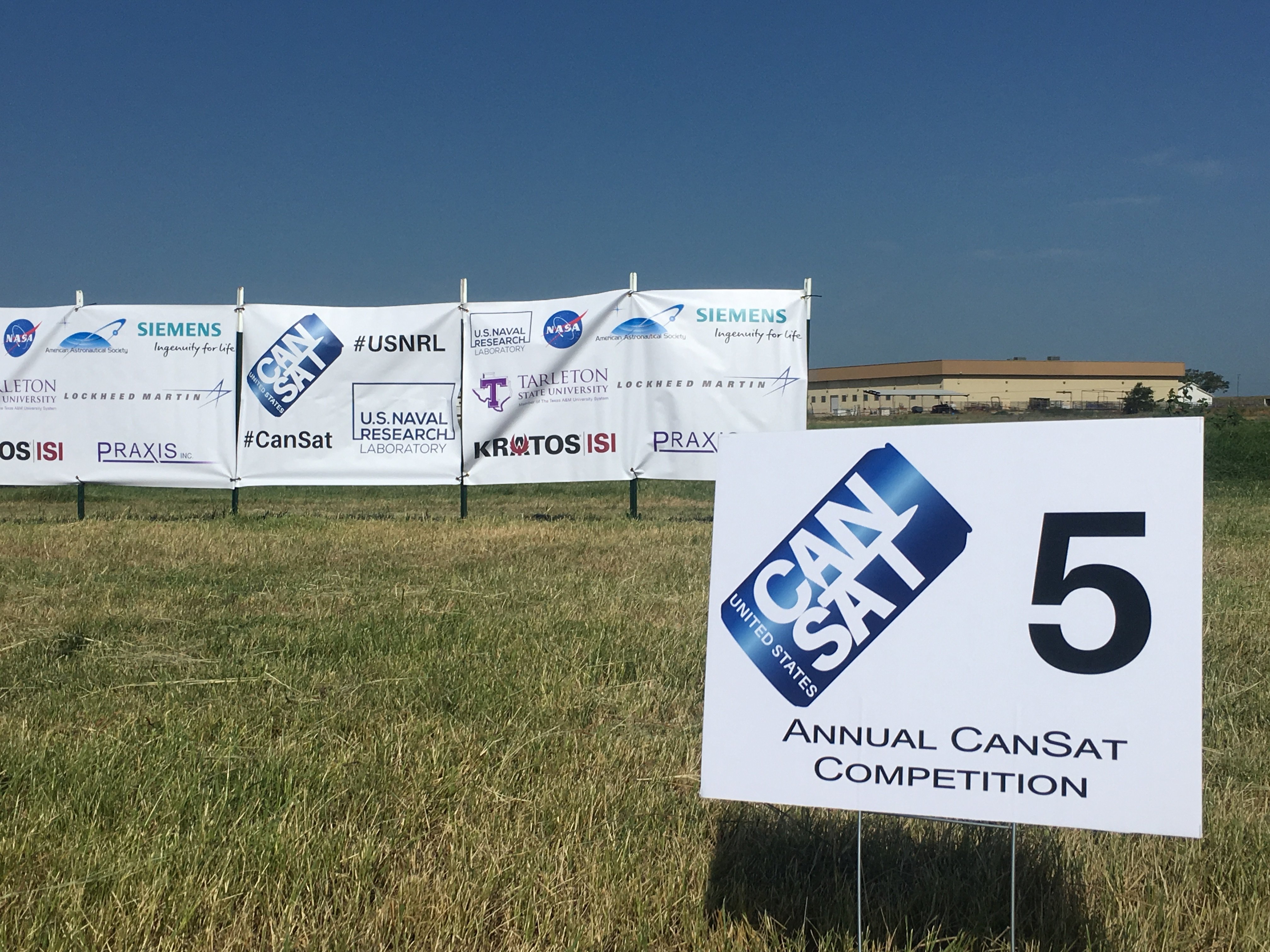 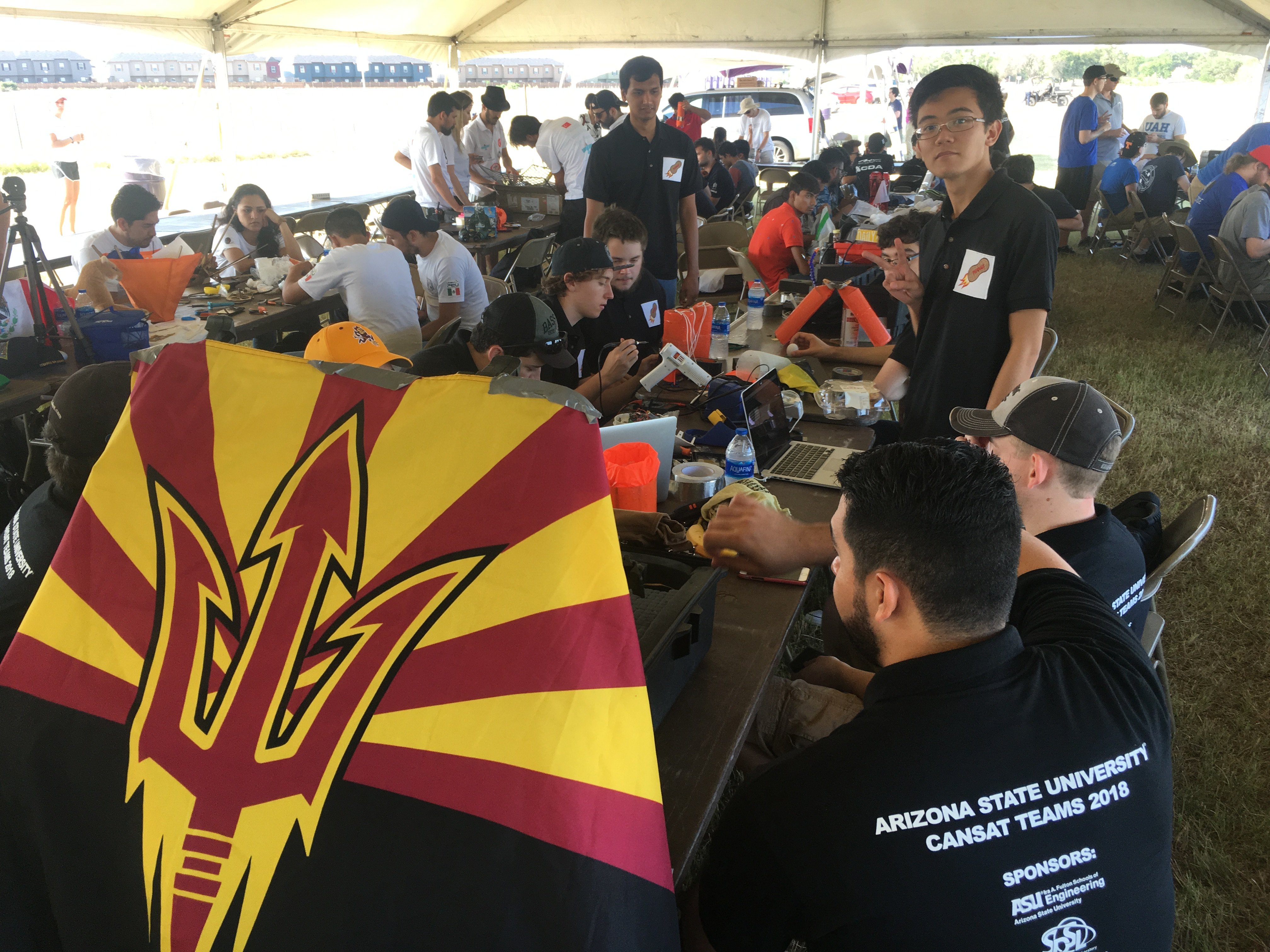 Over the past eight months, over 100 teams from all over the globe applied and submitted Preliminary Design Review documentation for judging and scoring. The PDR lets the team describe in detail the CanSat they propose to build, how it will work, and how it will be constructed. A team of volunteer judges score the teams’ presentations and documentation and, based on the results of the PDR phase, the top 40 teams are selected to move on to the next phase of the competition, the Critical Design Review, and are also invited to attend the launch weekend.

On Friday, June 8, 33 teams of the41 invited descended on Stephenville, Texas, with their satellites, ground stations, and tools ready to finalize their vehicles and get them off the ground. Friday’s phase was Preliminary Flight Review in which the CanSat judges check the build quality of the submissions and test for safety and strength. Many teams don’t anticipate the level of the forces that are put on their payloads at the various stages of flight, so several teams had to work quickly to repair and reinforce their CanSats to get ready for launch day.

Saturday was hot and dry with a light wind, fairly optimal for rocket launching. The teams started gathering at the field early in the morning to put last touches on their CanSats, do their initial flight checks with the judges, insert the egg in their CanSat, and turn it in to competition officials prior to launch. After lunch, with an additional audience of corporate recruiters, Tarleton State University administrators, local media, and several families who just came to watch, it was time to fly. Rockets started launching at 1 p.m. and continued in rounds of five for the rest of the afternoon.

There were some clear successes and distinct failures, and each launch turned all eyes to the sky.CanSats were recovered, brought back to the judges table, and opened up to see if the egg remained intact.

The cheers from teams could be heard across the field, a clear sign of success and satisfaction. Many aspects of this phase were scored and collected to be applied to the teams’ final points tabulation.

Sunday’s Post Flight Review phase was focused on what went right, what didn’t, and what lessons were learned. Teams presented their data, their findings, their successes and their failures to the judges. During their downtime, teams were able to enjoy Tarleton’s planetarium while waiting for all of their fellow students to present and for the judges to finalize the scoring. 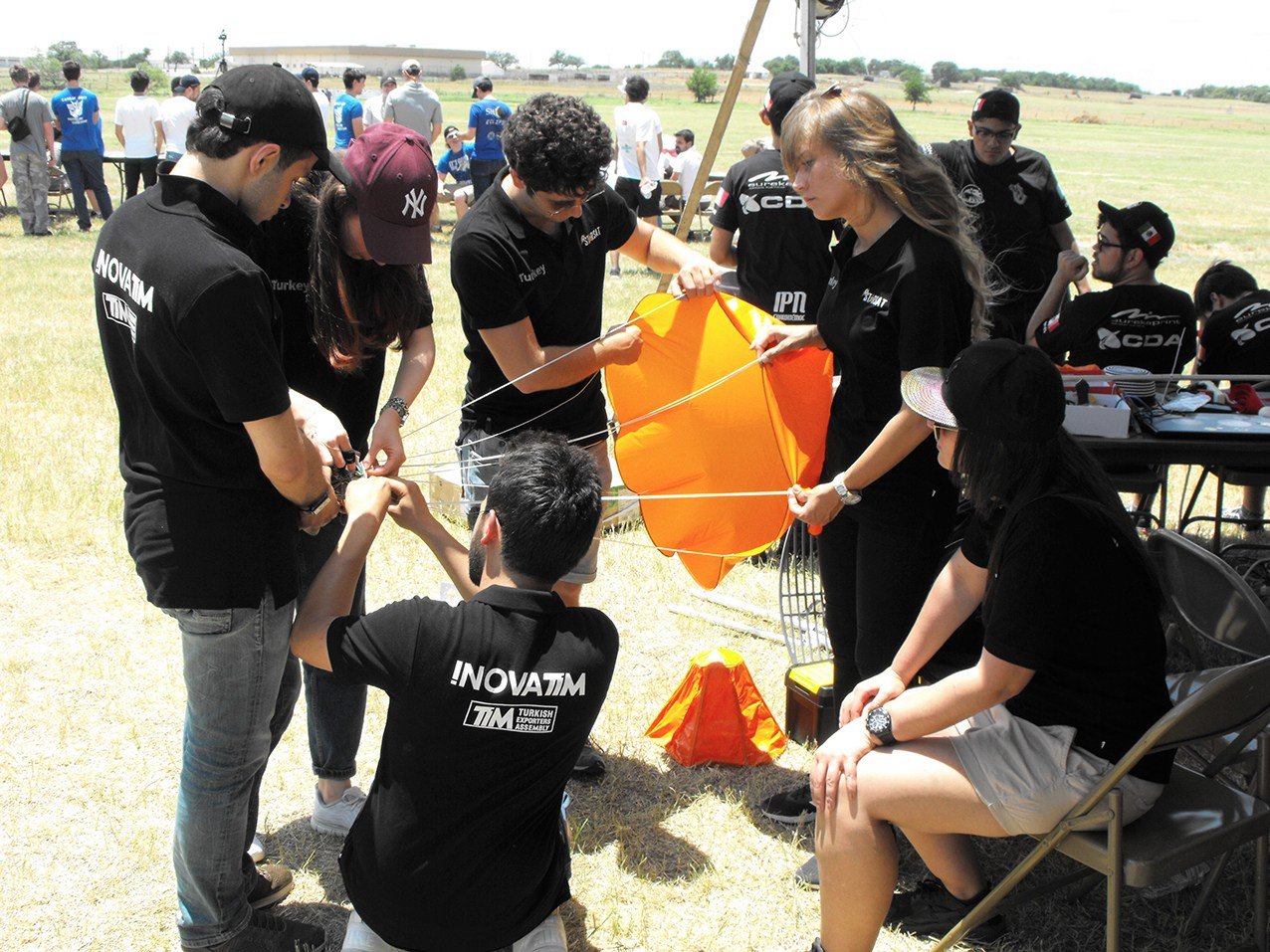 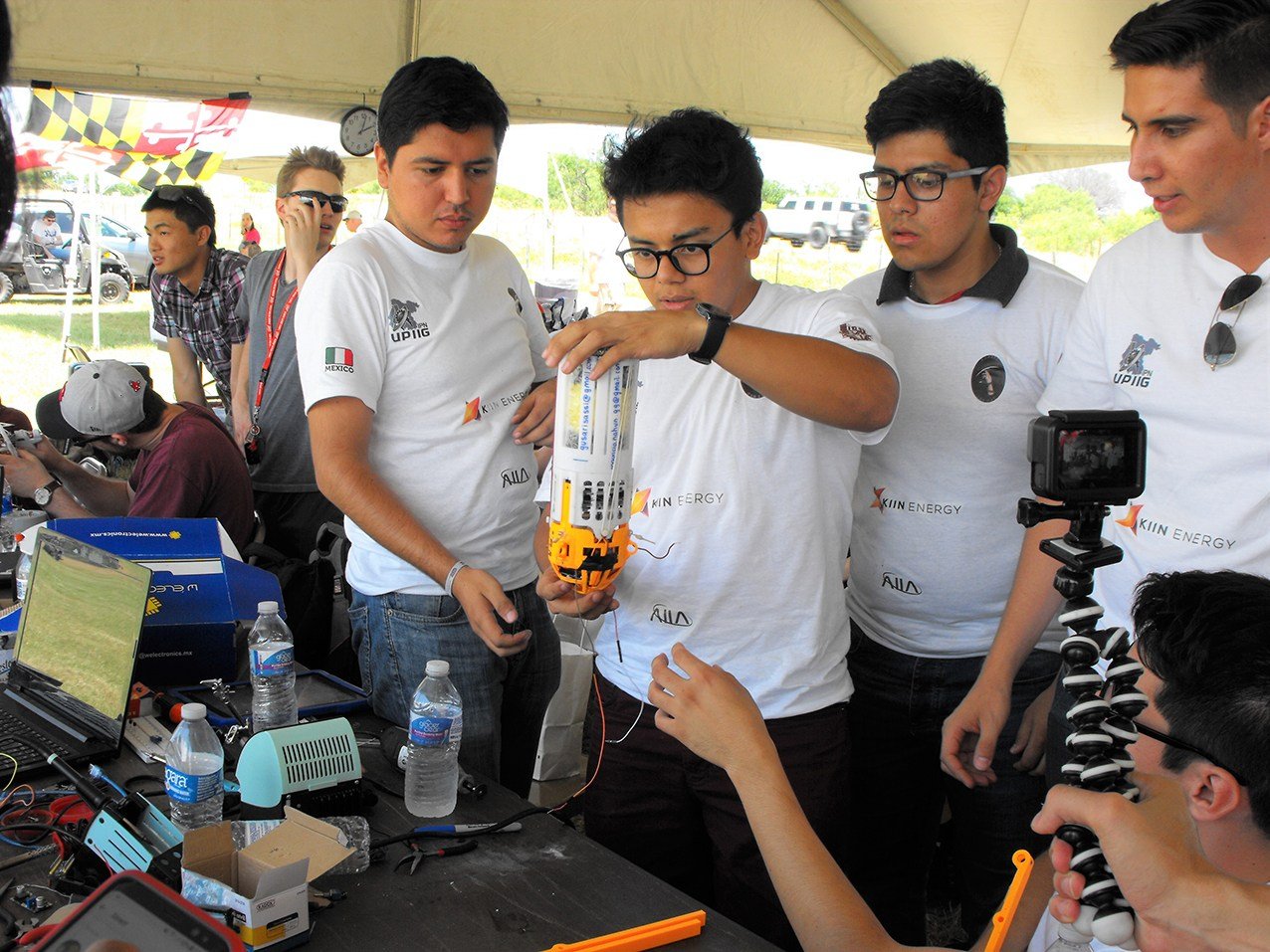 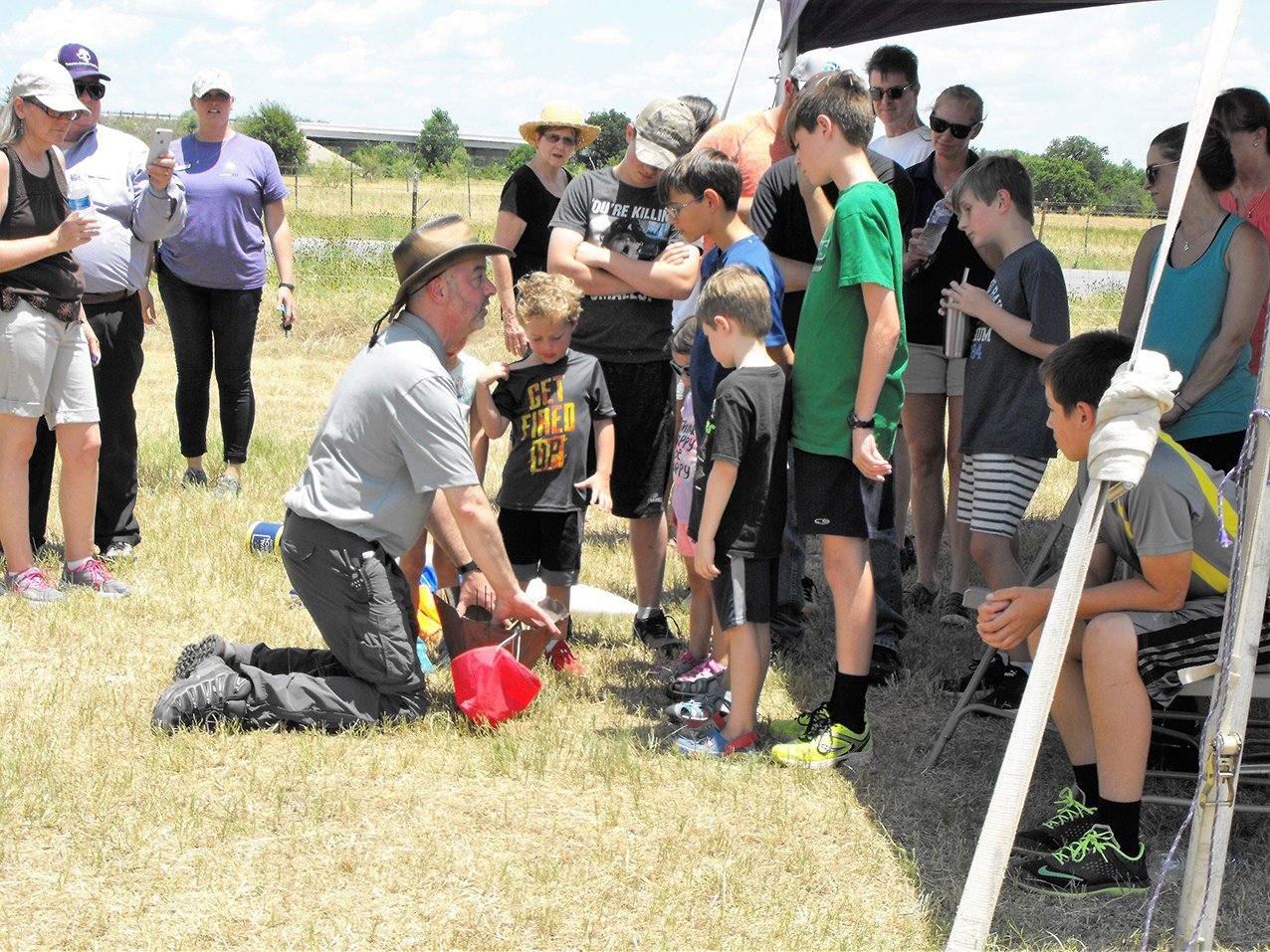 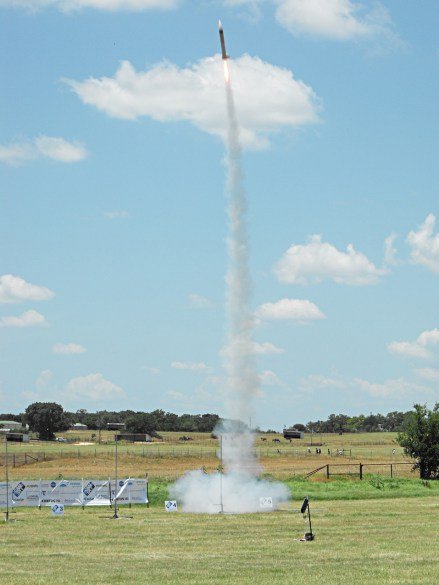 In the early eventing, the awards presentation kicked off in the school’s fine arts center. Each team was presented with certificates of participation and had their photo taken. Then, it was time to announce the top five who each receive an award and special recognition. For the 2018 competition, the top five teams were:

The excitement exhibited by these top teams was a clear demonstration of just how important and significant this competition is to their college and professional careers. Space industry companies are also seeing the value in targeting these students as excellent candidates for positions in their respective companies. 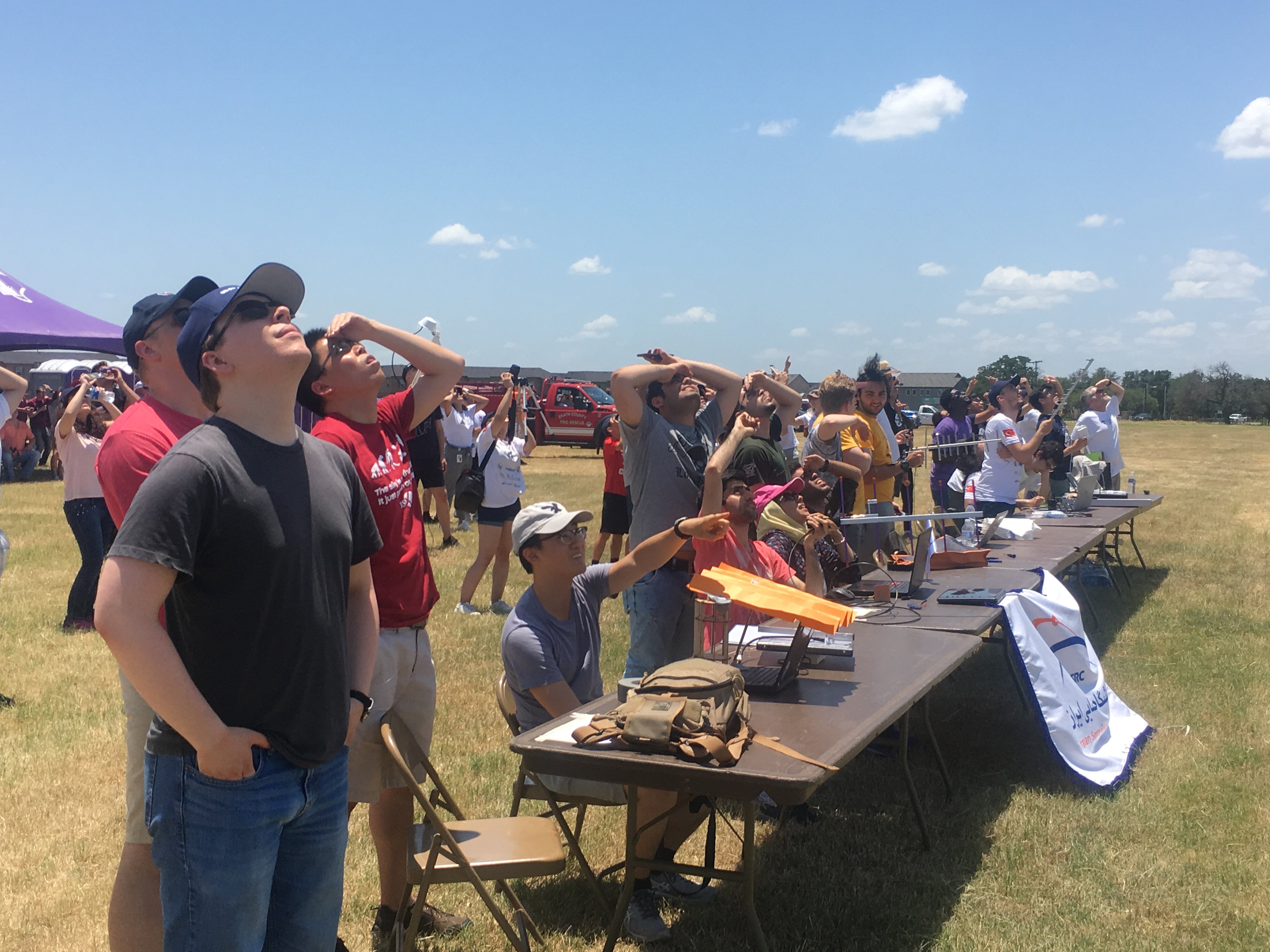 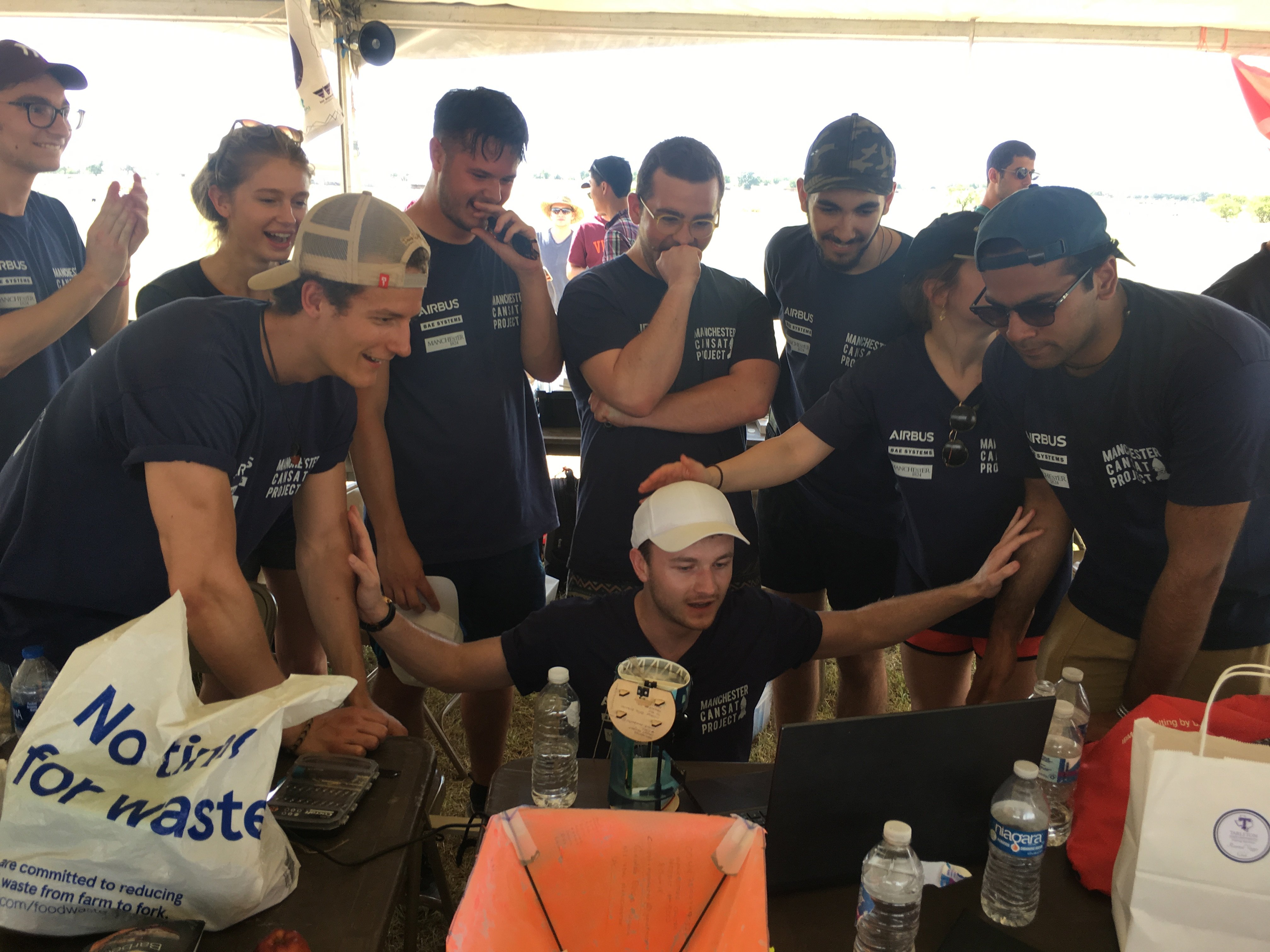 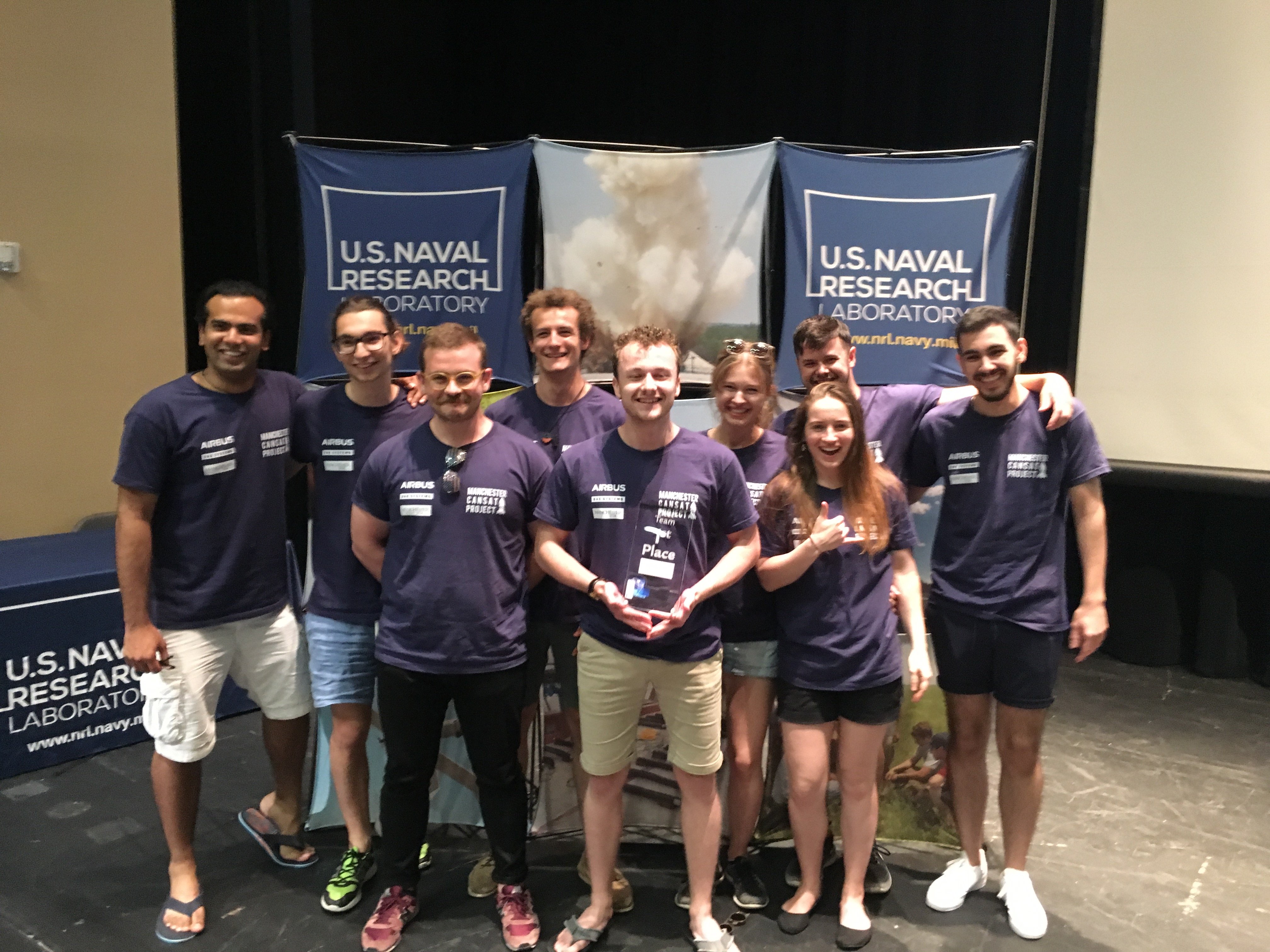 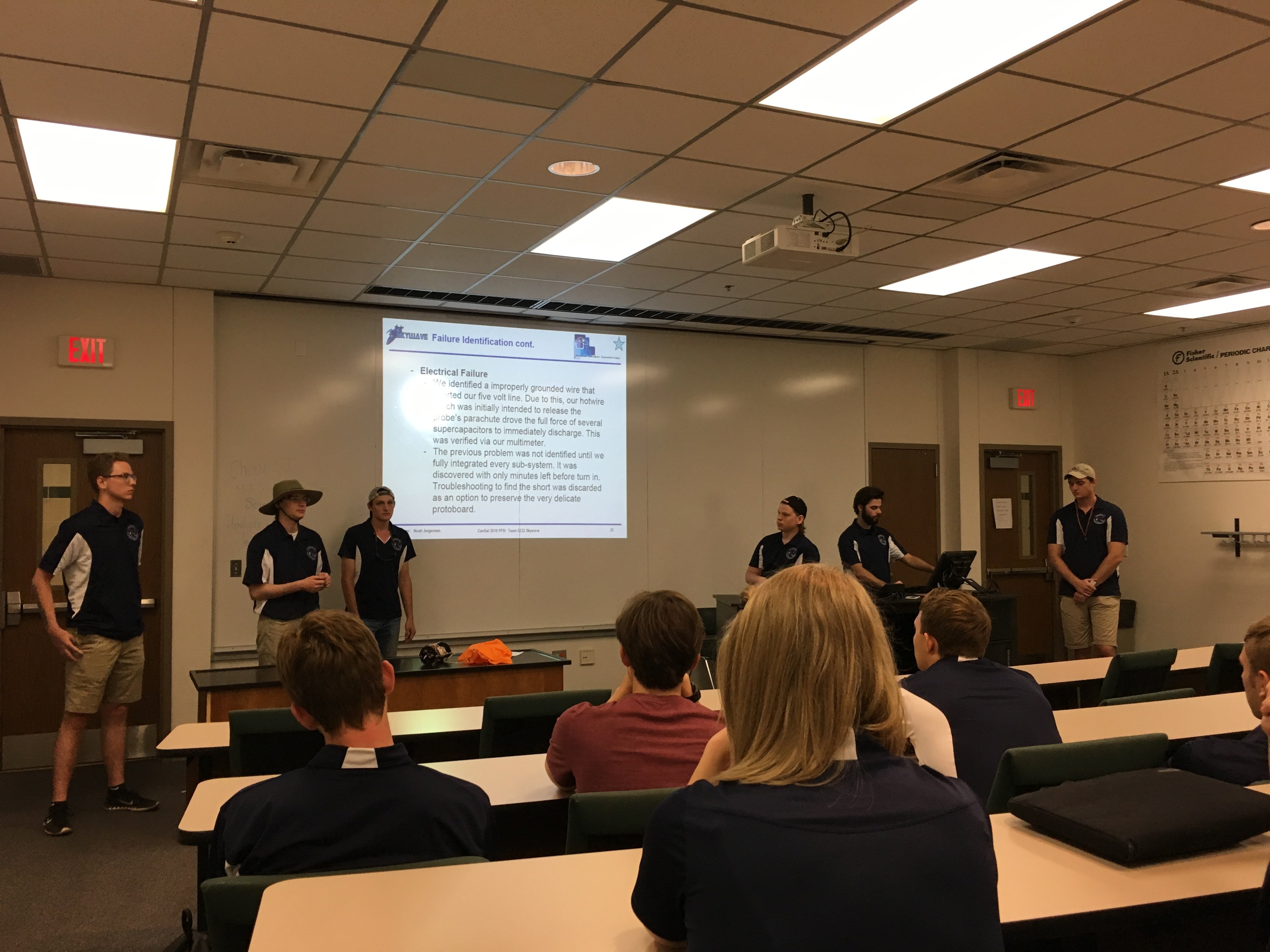 AAS would like to thank our main sponsors for this year’s event, Lockheed Martin and Siemens. Without your assistance, these students wouldn’t have this tremendous experience and opportunity. We also thank NRL and Tarleton State University for everything they do to make this event happen.

CanSat 2019 – Sponsorships, Recruiting, and Volunteers
CanSat 2019 will take place June 14-16 and we’ll be returning to Tarleton State University. If your company is interested in sponsoring and recruiting, or if you’re interested in judging or helping out with launch weekend, please don’t hesitate to contact us. CanSat truly is the launchpad for our next generation of space flight industry professionals and you could be a part of it.

Photography
Photos provided by David Swearingen from TheFlashToday.com, and AAS