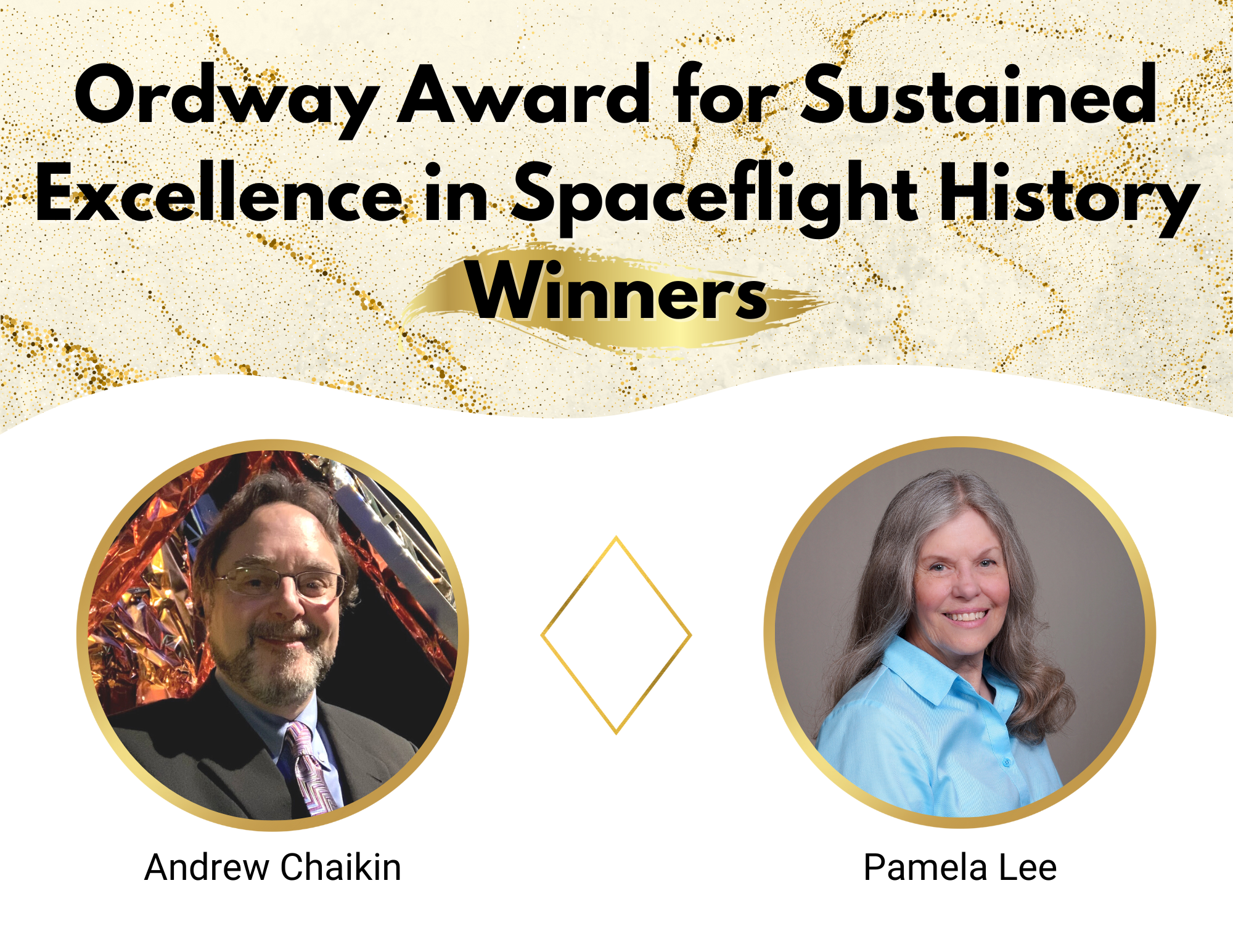 AAS is pleased to announce Andrew Chaikin and Pamela Lee as the winning recipients of the 2022 Ordway Award for Sustained Excellence in Spaceflight History! This esteemed reward recognizes exceptional, sustained efforts to inform and educate on spaceflight and its history. This year’s winners exemplify this award through their artistry that continuously reinvigorates the interest in space.

Andrew Chaikin is recognized for his role in re-introducing and popularizing space exploration history through his celebrated books and articles. His work focusing on the Apollo astronauts has been credited with reigniting the public’s interest in the moon landings 25 years after the last step was taken off the lunar surface. Chaikin is perhaps best known as the author of “A Man on the Moon: The Voyages of the Apollo Astronauts,” which has been widely held as the definitive account of the first moon missions. Published in 1994, the book served as the primary basis for Tom Hanks’ 12-part HBO miniseries, “From the Earth to the Moon.”

Space artist Pamela Lee is recognized as one of the most respected among artists specializing in space travel and astronomy. She was a founding member of the International Association of Astronomical Artists, an organization representing space artists from around the world, and has long been a member of the NASA Fine Art Program. She has specialized in depicting historic events and people. Her paintings have flown on the Space Shuttle and MIR and they have been carried to Mars by the Phoenix Mars Lander and the Mars 96 Lander. Ms. Lee has been active in using art to promote international education and cooperation.

Our winners will be recognized for this award at the 2023 Goddard Memorial Symposium in March. Full details of the Ordway Award can be found here.