Quantum Communications at NASA: An Interview with Dr. John Lekki 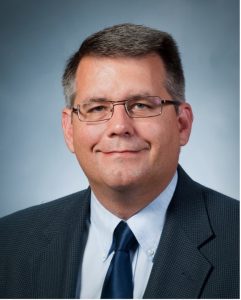 Quantum science seeks to understand the building blocks of our universe by studying the smallest and most basic particles and forces in nature. The study of quantum science has expanded significantly in the last few decades, driving new discoveries and the development of revolutionary technologies in areas such as information technology and communications. Some of that research is occurring within the aerospace industry, where public and private companies are exploring quantum research for aerospace applications.

Quantum communications systems transmit information through subatomic particles, like electrons or photons instead of traditional binary bits. Space Times recently had an opportunity to speak with Dr. John Lekki, principal investigator for the NASA’s Glenn Research Center  Quantum Communications project, about how their team is developing quantum technologies to support future space exploration.

Security is one aspect. A quantum network can provide improved security through quantum key distribution. When properly utilized, this technique has a security proof that lets you catch an eavesdropper when you’re transmitting information from point A to point B.

The second is, in the future, building a network of quantum computers [which have higher processing power] that people can remotely and securely access might be very beneficial for research.

The last thing is that it could open a new realm in terms of our sensor capability. There’s this idea of utilizing quantum to create sensor networks that have very, very high resolution so you can start to try to sense some of the things that we just can’t see at this point.

How might quantum communications be used to support spaceflight and exploration in the future? 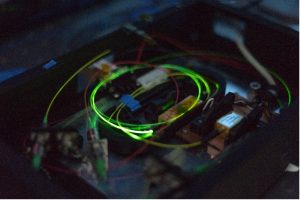 That idea of creating these high-resolution sensor arrays is very exciting. That’s where I think quantum communications has a lot of potential applications for NASA.

Beautiful work has been done with radio frequency (RF) telescopes and tying them together using classical capabilities, like the Event Horizon Telescope that was used to image black holes. Quantum, perhaps, will allow us to create an optical array that would have far greater resolution than a set of RF telescopes of the same size. You can just imagine some of the things we might see with that.

One example of a system that currently utilizes quantum technology to achieve greater sensitivity is the Laser Interferometer Gravitational Wave Observatory (LIGO). LIGO is currently using a vacuum squeezer to get really accurate measurements.

This goes beyond telescopes, too. You might have a set of sensors around a planet that takes very sensitive measurements. Right now, we are also modeling quantum networks where you have a couple of spacecraft in orbit around a planet, talking to one another and also talking to ground stations. That is something we envision for the future.

What are some of the projects the Quantum Communications team is working on now?

Finally, we’re also creating a testbed of quantum communications. The testbed would combine all of the different components into an overall system and emulate the transmission of information through the atmosphere.

What do you see as the biggest challenges for the development of quantum communications systems?

The top one is that getting very high efficiency communication networks is really difficult but necessary. Since it is quantum, you are limited to sending one photon at a time or a pair of photons to two different locations. That means you can’t just turn the power up, and you lose photons in transit.

Related to that is what everyone really wants—a quantum repeater. This is something you put between two different nodes to basically cut down your losses and increase the transmission of quantum information. This requires robust quantum memory and quantum processing. It’s a really difficult interdisciplinary problem, but once it’s solved, it will really add a lot to the overall system.

How else is NASA seeking to develop quantum capabilities?

It’s very important that we have an industry that can support the development of quantum technology. Through NASA’s Small Business Innovation Research and Small Business Technology Transfer programs, we’ve tried to create opportunities for small businesses to work with academic institutions to develop the key components we’re going to need for quantum systems.

We also need a workforce that’s trained in quantum technology. For any students who are out there thinking about this, the field of quantum information science is fascinating. This is going to be an exciting and dynamic area where there will be tremendous opportunity in the next 20 years.

About the author: Linda Grimm is a professional writer-editor from the Washington, D.C. metro area. She writes for publishing companies, trade and professional associations, and academic institutions, among others.