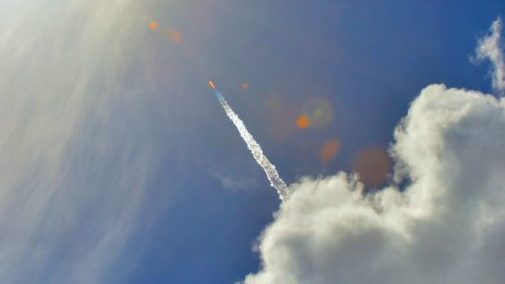 In the wake of the successful launches by Virgin Galactic and Blue Origin, many space enthusiasts foresee a new chapter for space tourism and space exploration. Recently, a series of new discussion topics have also emerged, and the buzz around space activities now provides ongoing debates that question the relevancy of space exploration for mankind and a potential new era for space tourism. In many ways, discussions about space activities or even space tourism are beneficial as more individuals engage with the topics at hand and contribute a multilateral examination of the subject matter. Debates regarding earned astronaut wings have also dominated many discussion threads and on 20 July 2021, the FAA Office of Commercial Transportation issued a new order for awarding astronaut wings for the first time since 2004. As part of the space community still argue if the passengers onboard the recent Virgin Galactic and Blue Origin launch indeed can be called astronauts or not, there is a larger issue at hand. The root of this issue is embedded in an increasing number of space activities, regardless of their intended objectives.

Despite the commendable safety measures in place within the aerospace industry, air and space travel has always been associated with a high level of risk. Granted that safety precautions are made and emergency systems such as those onboard Blue Origin’s New Shepard, are capable to jettison passengers to safety, space flight is never risk-free. Consequently, an unwanted space disaster is likely to mark one of the most impactful consequences for future space activities. As horrific and tragic as such an undesirable event might be, it is notable that the inherent risk of space activities could bear the loss of human lives and result in detrimental effects on future space flight endeavors and space infrastructures. So, does this really mean that all risk-bearing technological endeavors should be abandoned? Of course not. Mankind has indeed come very far in its exploration of the universe by taking risks. In an exemplary case, dreams of flight have inspired generations and many lives have been lost along the way to make human flight a reality. Yet, despite a century of advances in the controlled, sustained flight of powered, heavier-than-air aircraft, aviation accidents still occur. Space flight is surrounded by a level of mystique. A similar level of mystique bordered the “hotel in the sky” airships. Graf Zeppelin (LZ 127), a commercial passenger airship that made its maiden flight in 1928, is considered one of the most successful airships in history. The airship made over 144 oceanic crossings, carried 13,110 passengers and flew almost 1,053,391 miles before it was retired on 18 June 1937. The same manufacturer of LZ 127 also crafted the LZ 129 Hindenburg. Tragically the latter airship was subjected to a devastating accident on 6 May 1937 in Manchester Township, New Jersey, which claimed 35 human lives from the 97 people on board and one additional fatality on the ground. The horrifying scene of the airship catching fire as it attempted to dock with its mooring mast at Naval Air Station Lakehurst pierced such an agonizing memory in the public mind that the era of passenger-carrying airships essentially ended with the Hindenburg disaster.

In pursuit of space exploration, NASA has also had its human losses as seventeen heroic men and women that contributed to Apollo 1, Challenger, and Columbia missions unveiled the dangers of space exploration through their ultimate sacrifices. With every human loss as one too many, the future of space tourism and space exploration is likely to be impacted by space flight safety. With plans of building space hotels in lower earth orbit or making space tourism an everyday reality, the dangers of space travel and the space environment itself should not be disregarded. Radiation, isolation and confinement, gravity or lack of it, distance to earth, and hostile environments mark only a few of the NASA-identified hazards to human beings. In addition to these challenges, space debris which includes natural meteoroid and artificial (human-made) orbital debris poses additional threats. As orbital debris and spacecraft travel at very high speeds, a collision of a small piece of orbital debris with spacecraft can lead to disastrous consequences. Per NASA, as of 26 May 2021, more than 27,000 pieces of orbital debris were tracked Department of Defense’s global Space Surveillance Network (SSN) sensors. It is important to recognize though that more debris is too small to be tracked but still poses a threat to space missions and space travelers.

In order to avoid a similar fate as the airships suffered as a result of the Hindenburg disaster, the dangers of space exploration should be taken seriously and while applauding the current efforts of space activities, continuous technical remedies should be examined and implemented to minimize mishaps and avoiding human losses. 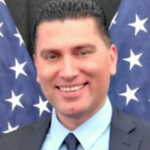