Natural Disasters and Climate Change: Viable Threats to the US Department of Defense

Natural Disasters and Climate Change:
Viable Threats to the US Department of Defense 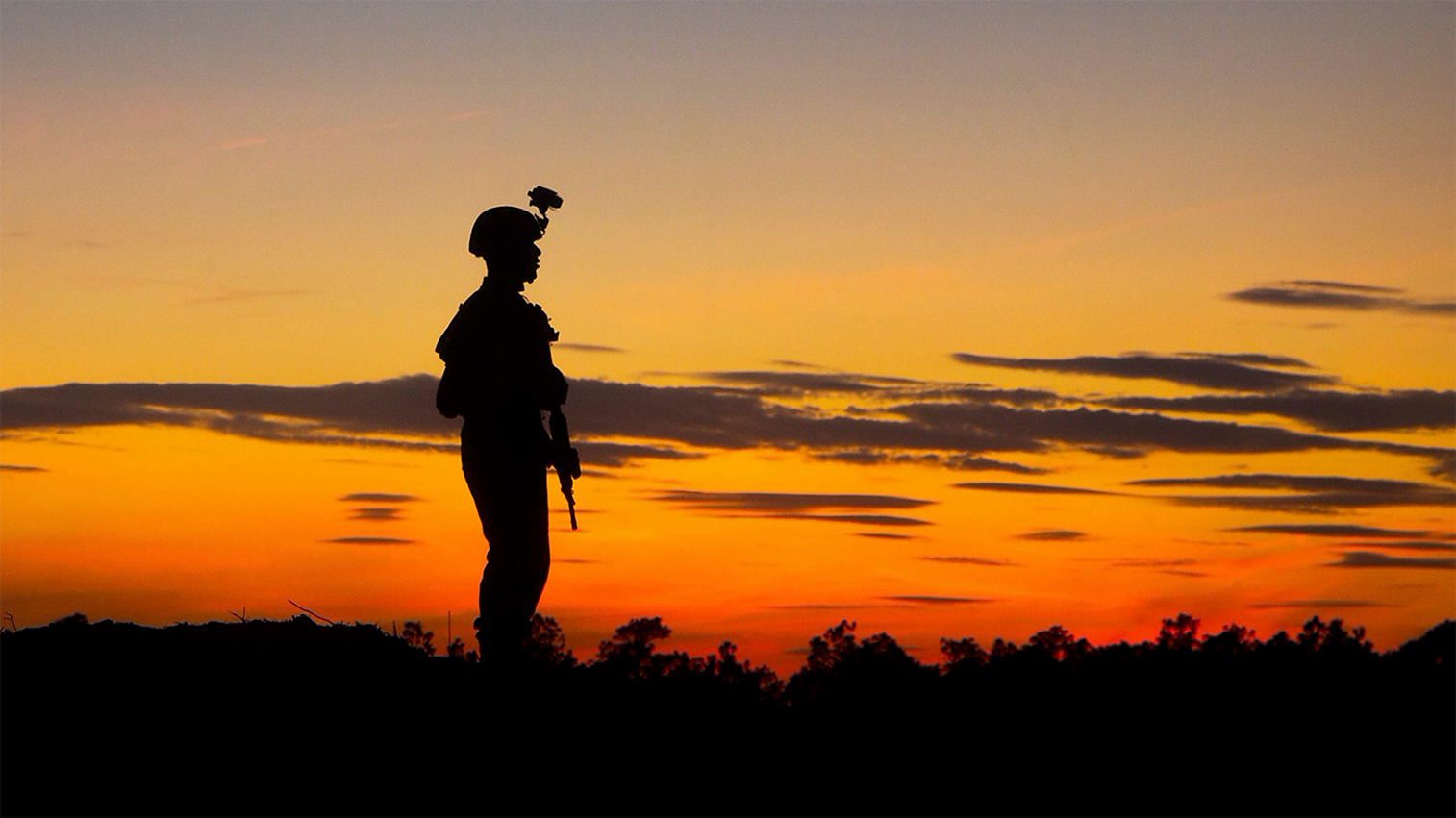 Safeguarding people and military assets was one of the crucial decisions Tyndall Air Force Base Commander Col. Brian Laidlaw had to make on October 9, 2018 when Hurricane Michael made landfall on the home to the 325th Fighter Wing in Florida. Col. Laidlaw prioritized people and rode out the storm with 92 other personnel after evacuating thousands of airmen/airwomen. But he also coordinated to fly out most of the base’s 55 F-22 Raptor fighter jets, preserving military assets best as he could with stealth fighters worth more than $140 million each. The destruction of Hurricane Michael across the 29,000-acre base exemplifies a natural disaster that along with wildfires and other types of disasters threatens human lives and properties. Miraculously, at Tyndall Air Force Base no injuries and fatalities were reported but natural disasters and climate-changing effects are constant threats to military personnel and military installations. In short, through environmental vulnerabilities, mission-related activities at military installations can be compromised, thus resulting in national security threats.

National Aeronautics and Space Administration (NASA) has always taken a keen interest in the global environment. In fact, since the 1950s, the administration has recorded the global surface temperatures. Similarly, the National Oceanic and Atmospheric Administration (NOAA) also tracks crucial data related to U.S. sea levels. With more than 1,700 military installations worldwide in coastal areas that may be affected by sea-level rise, NOAA’s work is important to the Department of Defense (DOD). On January 10 of 2019, the DOD published a report entitled, Report on Effects of a Changing Climate to the Department of Defense. Detailing climate effects and resulting vulnerabilities and various DOD efforts to increase installation resiliency & operational viability, the report asserted that a changing climate can lead to national security issues with potential impacts to DOD missions, operational plans, and installations. The report also identified climate-related events as recurrent flooding, drought, desertification, wildfires, and thawing permafrost. Pointing to its findings from 79 installations included in the analysis – encompassing the Air Force, the Army, the Navy, the Defense Logistics Agency, the Defense Financing and Accounting Service, and the Washington Headquarters Service – recurrent flooding, drought, and wildfires were highlighted as primary concerns. 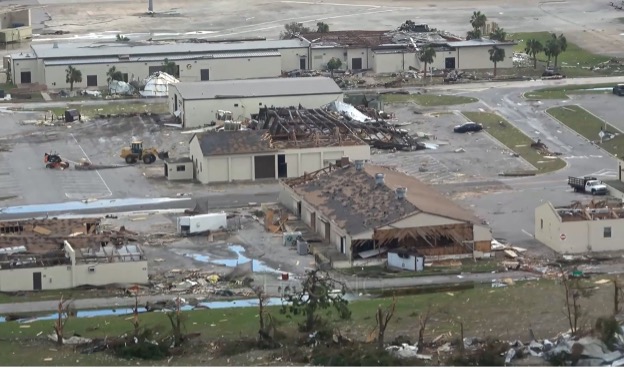 Tyndall Air Force Base near Panama City, Florida, after a direct hit from Hurricane Michael in 2018.

The DOD’s interest in accurate weather reports and the effects of a changing climate has already been established by the aforementioned DOD report and the impact of Hurricane Michael on Tyndall Air Force Base. In support of the development of accurate and timely weather reports, for example, on 24 June 2020, Science Applications International Corp. received a contract from the U.S. Air Force 557th Weather Wing to manage and modernize the critical hardware and software for its Technology Application Development and Sustainment (TADS) system. Notably, though, in most discussions about climate change or the effects of a changing climate, different sides constantly argue over weather and the climate. To complicate matters, even more, climate and weather are used interchangeably, triggering NASA to provide further explanations. NASA underlines that weather refers to atmospheric conditions that occur locally over short periods of time—from minutes to hours or days, with familiar examples including rain, snow, clouds, winds, floods, or thunderstorms. Climate, on the other hand, denotes the long-term regional or even the global average of temperature, humidity, and rainfall patterns over seasons, years, or decades.

In September 2016, a ravaging fire burnt close to the Vandenberg Air Force Base in Santa Barbara County, California, as a Delta II rocket was fully loaded on a pad. Monitoring incidents like this in addition to a profound understanding of the effects of a changing climate can lead to vital pieces of information needed for informed decision making, disaster risk mitigation, or avoidance. To illustrate, attributing thermal expansion and the melting land ice adding water to ocean basins as the two major causes of global mean sea-level rise, as done by NOAA and monitoring sea level trends is one step in that direction. NASA and NOAA exemplify government agencies that via scientific data acquisition, trend analysis, and discoveries can support DOD and contribute to other societal benefits. 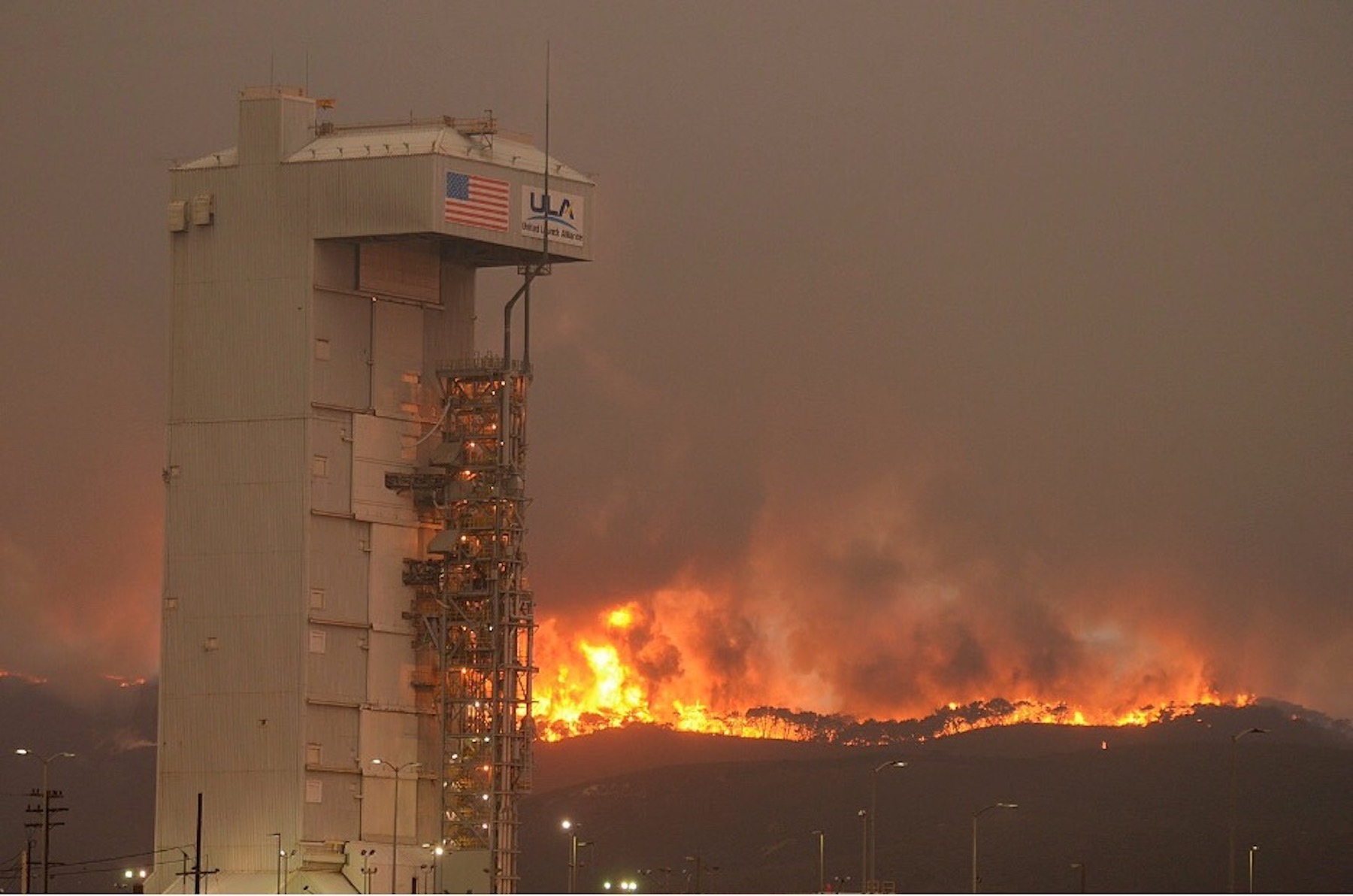 Wildfires raging in the background behind Vandenberg Air Force Base in September of 2016. Credit/Santa Barbara County Fire Dept.