As NASA’s Perseverance Rover nears its landing on February 18, 2021, the interest in the Red Planet and the search for life on other planets is set to reach new heights. Under the mission banner of Mars 2020, NASA’s latest Mars rover seeks to continue feeding data to NASA’s knowledge repository gained through the agency’s Mars Exploration Program. Over the past two decades, this successful program has revealed the potential of wet conditions on Mars and ignited the possibility of microbial life, dating back billions of years ago. The current cold and dry conditions on Mars are in contrast to a planet that once featured lakes and, it is not a coincidence that the Perseverance rover is tasked with exploring a geographically diverse landing site. Set to land in the Jezero Crater, a large impact crater about 28 miles wide (45 km) just north of the Martian equator, which incidentally also once contained a lake. The car-sized rover will gather rock and soil samples planned for a return to Earth during a future NASA mission. Perseverance will also demonstrate new technologies that can be rolled out on future robotic and human exploration missions. With a current mission timeline of at least one Mars year (two Earth years), the about 10 feet (3 meters) long (excluding the arm), 9 feet (2.7 meters) wide, and 7 feet (2.2 meters) tall rover weighing 2,260 pounds (1,025 kilograms) carries seven instruments for technology demonstration and exploration on the Red Planet. 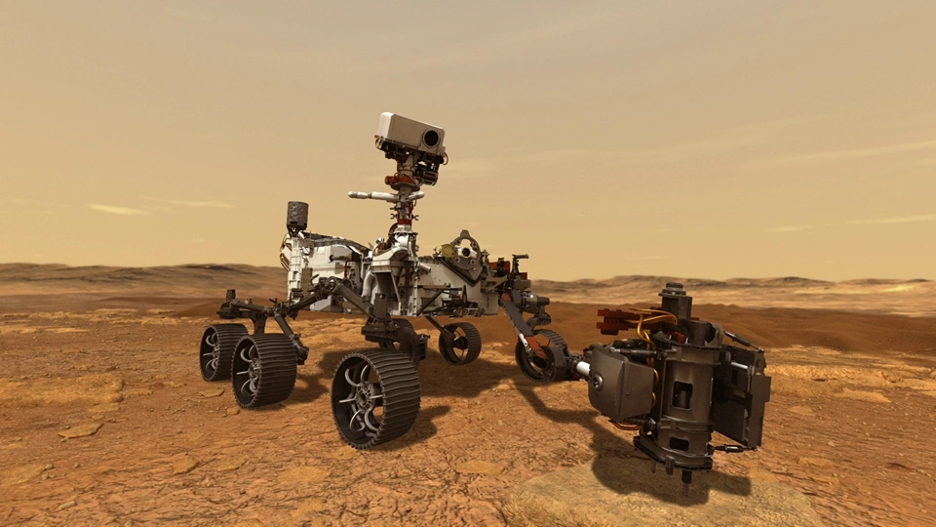 Artist rendering of the Perseverance Rover collecting samples on Mars.

Exploring the Red Planet is a global pursuit. During the 1960’s and the 1970’s, the Soviet Union and the United States dominated Mars missions. The first-ever mission to Mars was carried out by the Soviet Union on October 10, 1960 – although the mission failed to orbit. About four years later, on November 28, 1964, the United States successfully achieved the first flyby mission. In 1971, the first successful orbiter mission and Martian lander were accomplished by the Soviet Union. 26 years later, NASA was able to land the Sojourner rover on Mars. Since that date, Japan, the European Space Agency, India, and China have all attempted orbiter missions.

The latest country to enter the Martian orbiter mission domain is the United Arab Emirates. With its space probe, Hope, scheduled to reach the Red Planet in February 2021 – the same month as NASA’s Perseverance rover – the key scientific objective of the United Arab Emirates’ space mission is to serve as a true weather satellite at Mars. Profound studies of the atmospheric layers of Mars provide an opportunity for data analysis and to potentially decipher the reason why Mars loses its hydrogen and oxygen into space. Additional insights into the data will further shed light on the Red Planet’s drastic climate changes over the years and pave the way for a better understanding of modeling Earth’s atmosphere and its historical evolution.

The United States and the United Arab Emirates are not the only two countries aiming to explore the Red Planet this month. Another 2021 interplanetary mission to Mars is Tianwen-1, spearheaded by the China National Space Administration. With several scientific objectives including examining the Martian atmosphere, characterizing soil composition, water ice distributions, or producing Martian surface maps, this mission consists of an orbiter, a lander, and a rover with a deployable camera. The overall success of Tianwen-1 will serve as a technology demonstration and will be useful for future space missions. 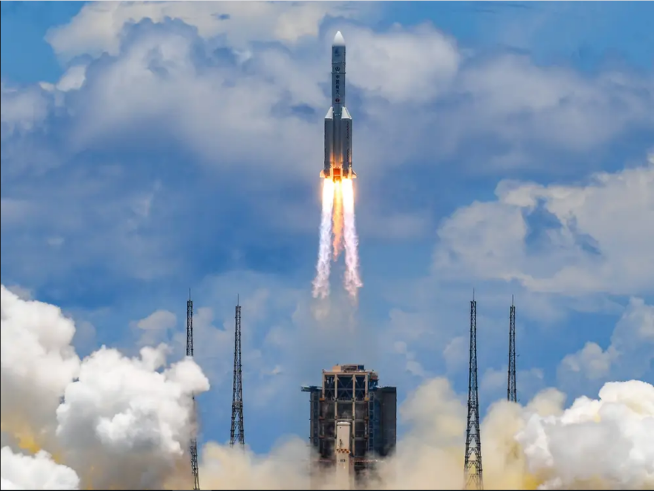 The Tianwen-1 spacecraft launched from the Wenchang Space Launch Center in the Hainan Province on July 23, 2020.

With an increasing number of countries joining the exploration of the Red Planet, NASA’s Mars 2020 mission is likely to become a trailblazer, especially with the cutting edge technology included on the rover. Perseverance carries Mastcam-Z, an advanced camera system with panoramic and stereoscopic imaging capability. It can also make use of SuperCam, a multifunctional instrument that provides imaging, chemical composition analysis, and mineralogy at a distance. Employing the Mars Environmental Dynamics Analyzer (MEDA), the rover utilizes a set of sensors providing measurements of wind speed, direction, pressure, temperature, relative humidity, dust size, and shape. The Planetary Instrument for X-ray Lithochemistry (PIXL) features an X-ray fluorescence spectrometer and high-resolution imager for mapping the fine-scale elemental composition of Martian surface materials. Scanning Habitable Environments with Raman & Luminescence for Organics and Chemicals (SHERLOC) is another spectrometer and the first ultraviolet laser to fly on the Martian surface. SHERLOC provides a capability for mapping organic compounds and mineralogy. Equipped with ground-penetrating radar, the Radar Imager for Mars’ Subsurface Experiment (RIMFAX), Perseverance will have access to a centimeter-scale resolution of the geologic structure of the subsurface. NASA’s Mars 2020 mission also has a technology demonstration planned for investigating the possibility of future astronauts on Mars burning rocket fuel for returning to Earth. The Mars Oxygen In-Situ Resource Utilization Experiment (MOXIE) seeks to demonstrate if it would be possible to produce oxygen from Martian atmospheric carbon dioxide.

Perhaps one of the most intriguing parts of this mission is that the rover is accompanied by Ingenuity, a Helicopter. Tasked with scouting locations on Mars for research studies, Ingenuity is scheduled to make the first powered flight on any planet beyond Earth. Weighing 4 pounds (1.8 kg), this robotic helicopter is designed to fly up to five times during its 30-day test campaign and can potentially cover a distance of 980 ft (300 meters) each flight. 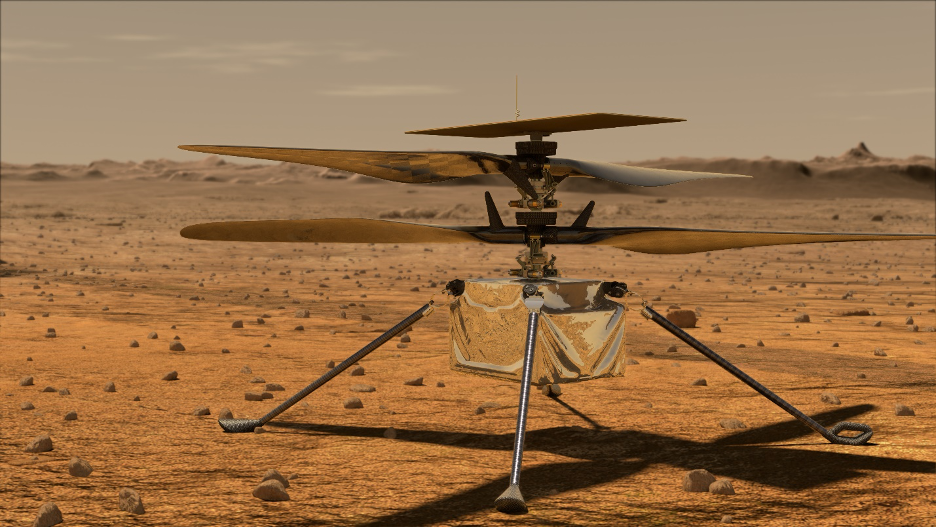 NASA’s next chapter in the journey to explore Mars will undoubtedly mark a historical step for robotic exploration, provided that the complicated challenges associated with a touchdown on Mars are successfully overcome. The countdown for breakthroughs has officially begun, and with many fingers crossed, Perseverance prepares to land on Mars.