The American Astronautical Society (AAS) is now accepting nominations for several AAS Awards. The annual awards program recognizes outstanding accomplishments by individuals in the areas of space technology, advancement of space flight and space exploration, space education, and the development of young professionals, among other categories. Eligibility varies by award, but all submissions are due by October 31, 2020, with winners to be announced in late November. 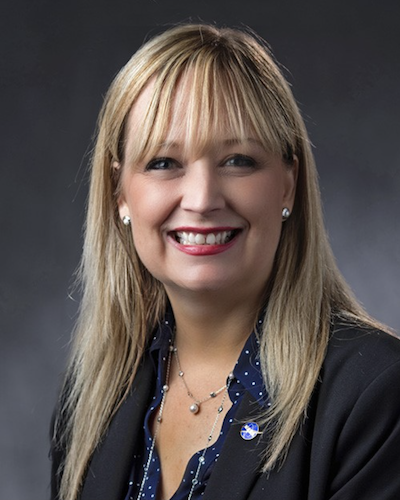 The 2016 AAS Space Technology Award winner, Mary J. “Niki” Werkheiser, recently spoke with Space Times about her experience receiving the award and the work for which she was recognized.

Can you tell us about the work you were doing at the time you were honored with the Space Technology Award?

The award was for my work to get NASA In-Space Manufacturing (ISM), and specifically the 3D printer project, started. The agency did not have a formal space manufacturing initiative or program at the time. We had amazing knowledge and capabilities, but we didn’t have an organized or formal project.

How did the ISM project begin?

We did a partnership with Made In Space. Back then, they had just started the company. They were looking at taking a commercial printer and flying it in space, but they didn’t have the experience working in space. So we did a partnership that allowed NASA to help guide Made In Space through the development of machine interfaces, safety measures, and verifications.

We flew the first 3D printer mission to the International Space Station (ISS) in 2014. After that, I submitted a proposal to headquarters to start the ISM initiative so we could really get organized and utilize talent across agency, industry, and universities to do more, and it was approved by OMB in 2015. We flew three missions in six years. It was very exciting and fast-paced. Now we have a commercial printer in space that anyone can utilize through IDIQ contracts, so it really is a small business in space.

Were there any concerns about sending a 3D printer to space?

The two questions we get the most often are, “It’s great you have a printer, but what if it breaks?” And, “Does this mean that you have to send constant resupplies of feedstock to ISS?” We gave ourselves a challenge to make as many of the printer parts themselves 3D-printable. Another experiment we did, and ISM is working on now, is recyclable materials. We have a lot of plastic waste on missions. Could we instead use materials that could be melted down and used by the 3D printer, so it would basically turn back into raw feedstock? The further we get from Earth, the more important it is that we have the capabilities to design and make what we need, because you can’t rely on constant resupply missions. 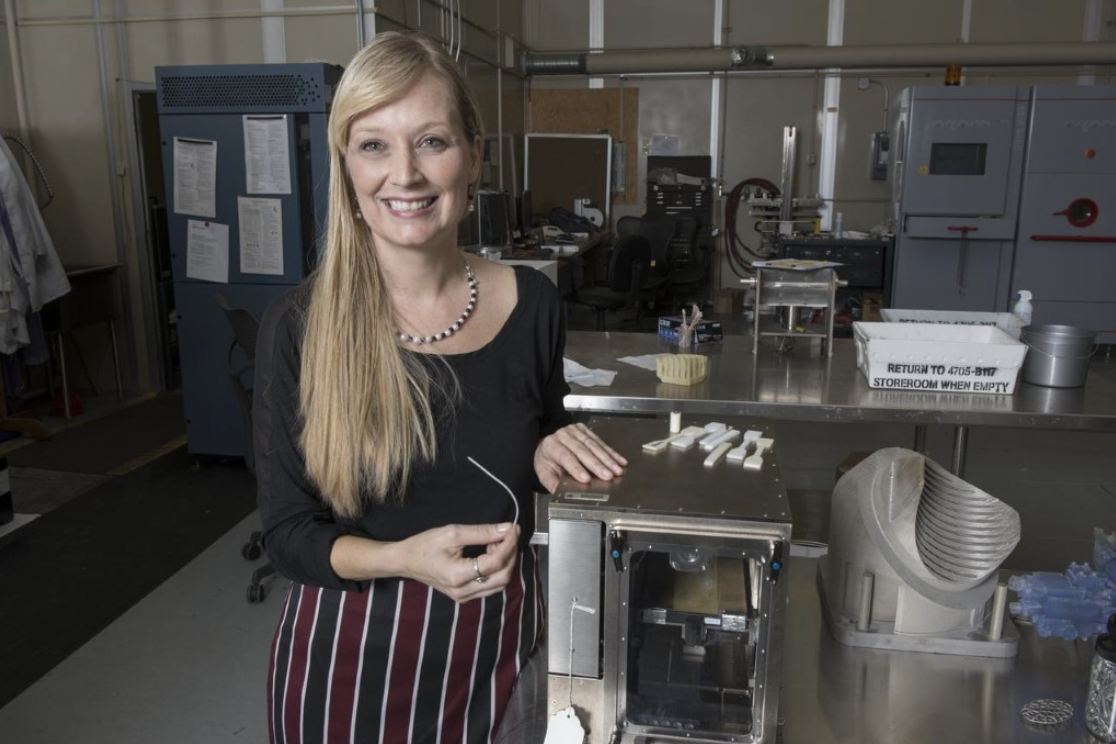 Niki with a prototype of the 3D printer that was sent to the ISS.

What else is ISM working on now?

ISM is also working on printed electronics, circuit boards, life support system components, and wearables for the ISS crews. They’re also working on a multi-material fabrication lab. This thing is about the size of a refrigerator and can print metal-grade parts and embed electronics. The lab should be flying on the station sometime in the next two years.

What can you say about your experience receiving the AAS Space Technology Award and what it meant to you?

To me, it was one of the most meaningful awards I could ever receive because developing technologies in space is my life-long dream. I wanted to do it literally since I was 7 years old. With the space shuttle program, we used to do something similar to what the ISS national lab is doing now: working with universities and private companies to fly technologies on the space shuttle. I got to work with and learn from some of the most amazing people who worked on Apollo all the way through the shuttle program, and they really taught me everything they knew. Receiving an award for those developing technologies and how we fly technologies in space was really like coming full circle. It felt like a tribute to all that these people had taught me in putting that into action.

What are you working on now?

I’m currently playing dual roles. I was tapped to lead the Lunar Surface Innovation Initiative (LSII) in March 2019, shortly after Artemis was rolled out. I’m very excited to work on Artemis and focus on establishing our key capabilities for lunar infrastructure. The types of things we’re trying to do at LSII and the kind of partnerships we’re trying to build there, we want to use a similar model as ISM.

One of the goals when I first came on was to get collaborations going. We kicked the Lunar Surface Consortium off in February 2020, so we can bring university and industry and government together to talk about how we can leverage their resources to develop the technology we need as quickly as possible. We had close to 300 people attend. Since then we’ve established virtual monthly focus groups and have had outstanding representation.

Then in September 2019, I also took on the role of program executive for the Game Changing Development Program within the Space Technology Mission Directorate. A lot of our LSII activities are executed through GCD, but not all of them. GCD is in its ninth year of execution and is continuing to grow. We have a portfolio of 83 projects with more than 250 civil servants. It’s almost half and half internal work versus collaboration with universities and other partners. 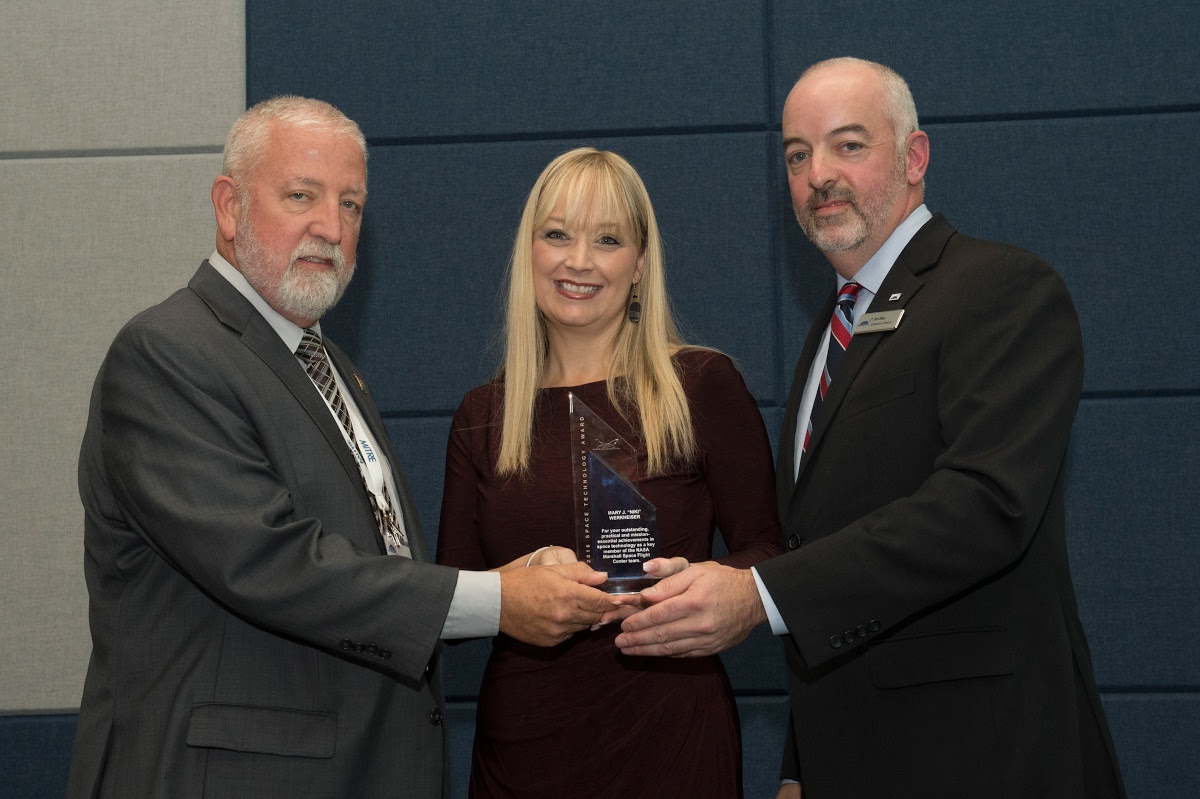 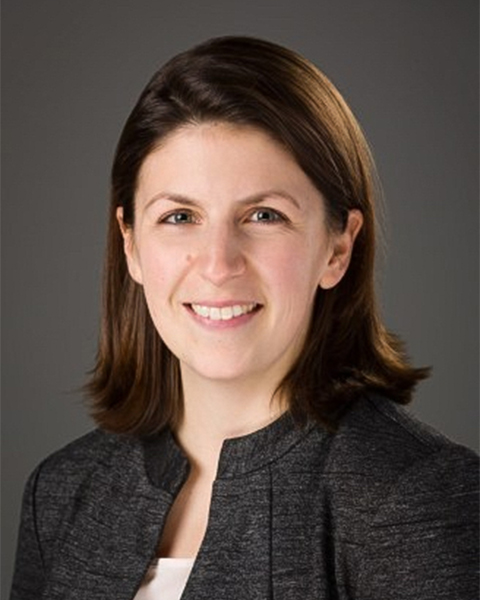 Linda Grimm is a professional writer-editor from the Washington, D.C. metro area. She writes for publishing companies, trade and professional associations, and academic institutions, among others.