NASA will to continue to seek life on Mars with its Mars 2020 Mission, part of the Mars Exploration Program (MEP). The mission includes the Mars Perseverance Rover, manufactured by NASA Jet Propulsion Laboratory (JPL), in Pasadena, California. The Perseverance Rover is a mobile robotic scientist that will look for signs of ancient microbial life and collect rock and soil samples. The mission will also help demonstrate technologies that pave the way for future human exploration of the Red Planet.

Over the past two decades, prior NASA missions have revealed that Mars was once very different from the cold, dry planet it is today. Evidence discovered by landed and orbital missions point to wet conditions billions of years ago. These environments lasted long enough to potentially support the development of microbial life. 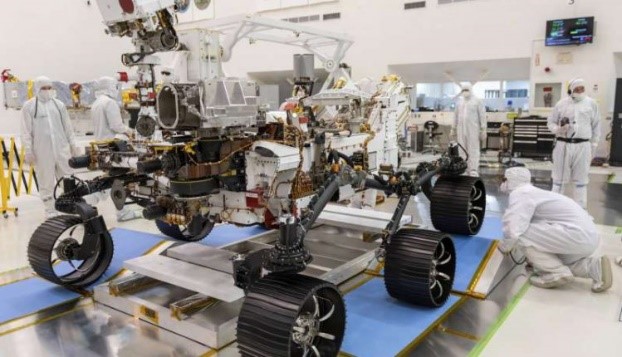 The Perseverance rover in assembly.

NASA’s Independent Verification & Validation (IV&V) Program, located within the Katherine Johnson IV&V Facility in Fairmont, West Virginia, plays a leading role in the safety and success of Mars 2020, and other high-profile missions, by ensuring the software of those missions performs correctly. NASA IV&V covers the gamut of safety and assurance support from science missions like the James Webb Space Telescope (JWST) to human exploration like the Artemis Program and the SpaceX Commercial Crew Program.

On June 10th, NASA IV&V participated in the Mars 2020 Safety and Mission Success Review (SMSR) where final mission assurance conclusions were provided, culminating in an affirmative “Go” from NASA IV&V, providing concurrence for the project to move forward to the Flight Readiness Review (FRR) in July. This milestone is the culmination of years of hard work by JPL and NASA IV&V to confirm Mars 2020 mission readiness for launch currently set for July 30. 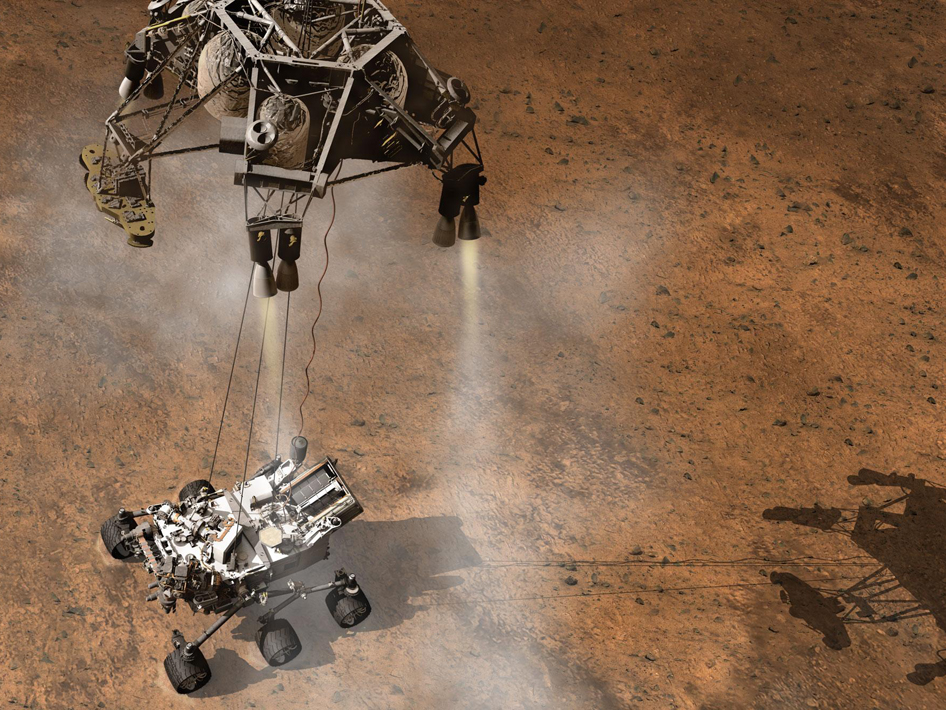 Curiosity touches down on Mars after being lowered by its Sky Crane.

In spite of past successes, Mars 2020 presented new and interesting challenges for NASA, including an unprecedented suite of seven science instruments. Packed with technology, the Perseverance Rover is approximately 278 pounds heavier than Curiosity. Instrumentation upgrades in imagery, chemical analysis, sensory analytics, radar, and the Mars Oxygen In-Situ Resource Utilization Experiment (MOXIE) enable experimentation like never before. MOXIE is a technology demonstration that will produce oxygen from Martian atmospheric carbon dioxide. If successful, MOXIE’s technology could be used by future astronauts on Mars to burn rocket fuel for returning to Earth. Beyond science and exploration, Mars 2020 also included enhancements to Entry, Decent, and Landing (EDL) and even a demonstration helicopter. The helicopter, which will be the first aircraft in history to attempt power-controlled flight on another planet, will perform test flights to help inform decisions relating to considering small helicopters for future Mars missions as scouts, surveyors, or stand-alone science craft. 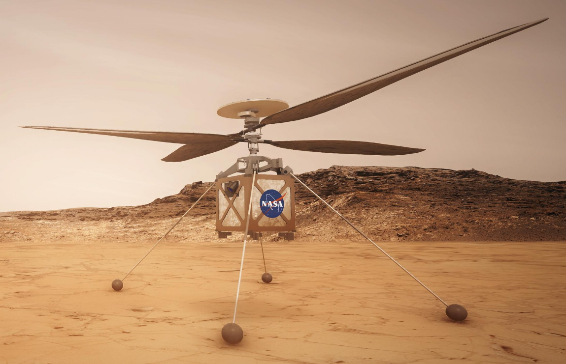 The Mars Helicopter – The first ever off-Earth helicopter

All of these technical challenges and a shift in software development methodology to a more incremental and evolutionary approach prompted changes from IV&V to meet its own internal agency standard for safety and mission assurance. IV&V adapted from its traditional serial approach of reviewing development artifacts in a waterfall fashion to a Capabilities Based Assurance (CBA) approach. CBA independently decomposes mission success criteria into supporting phases and critical capabilities. Software is then mapped to critical capabilities giving IV&V the appropriate, independently derived assurance objectives for the mission. These assurance objectives serve as the primary goal for IV&V to determine mission success via the issuance of assurance conclusions aligned with each critical objective. In the case of Mars 2020, IV&V and the JPL Development Team have collaborated to provide such a basis for success.

The Mars 2020 mission is set to launch on an Atlas V-541 rocket from Launch Complex 41 at Cape Canaveral Air Force Station, Florida, on July 30 at 7:50am EDT. The launch window is approximately two hours, with a launch opportunity every five minutes. Visit NASA Live to stream NASA TV’s coverage of the groundbreaking event. 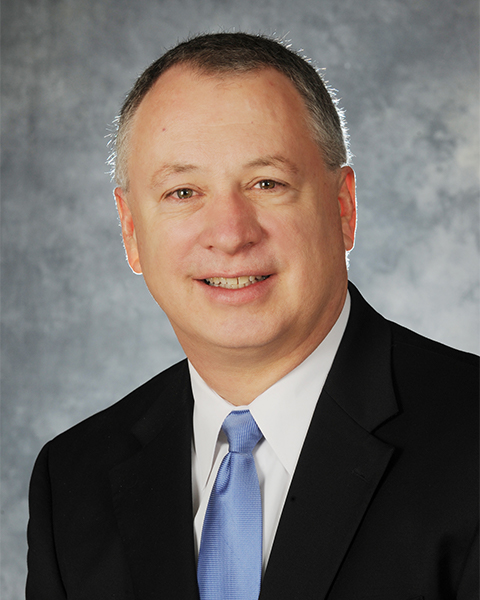