Inside the Mind of a Young Professional: A Conversation with Quinn Kupec

Inside the Mind of a Young Professional:
A Conversation with Quinn Kupec 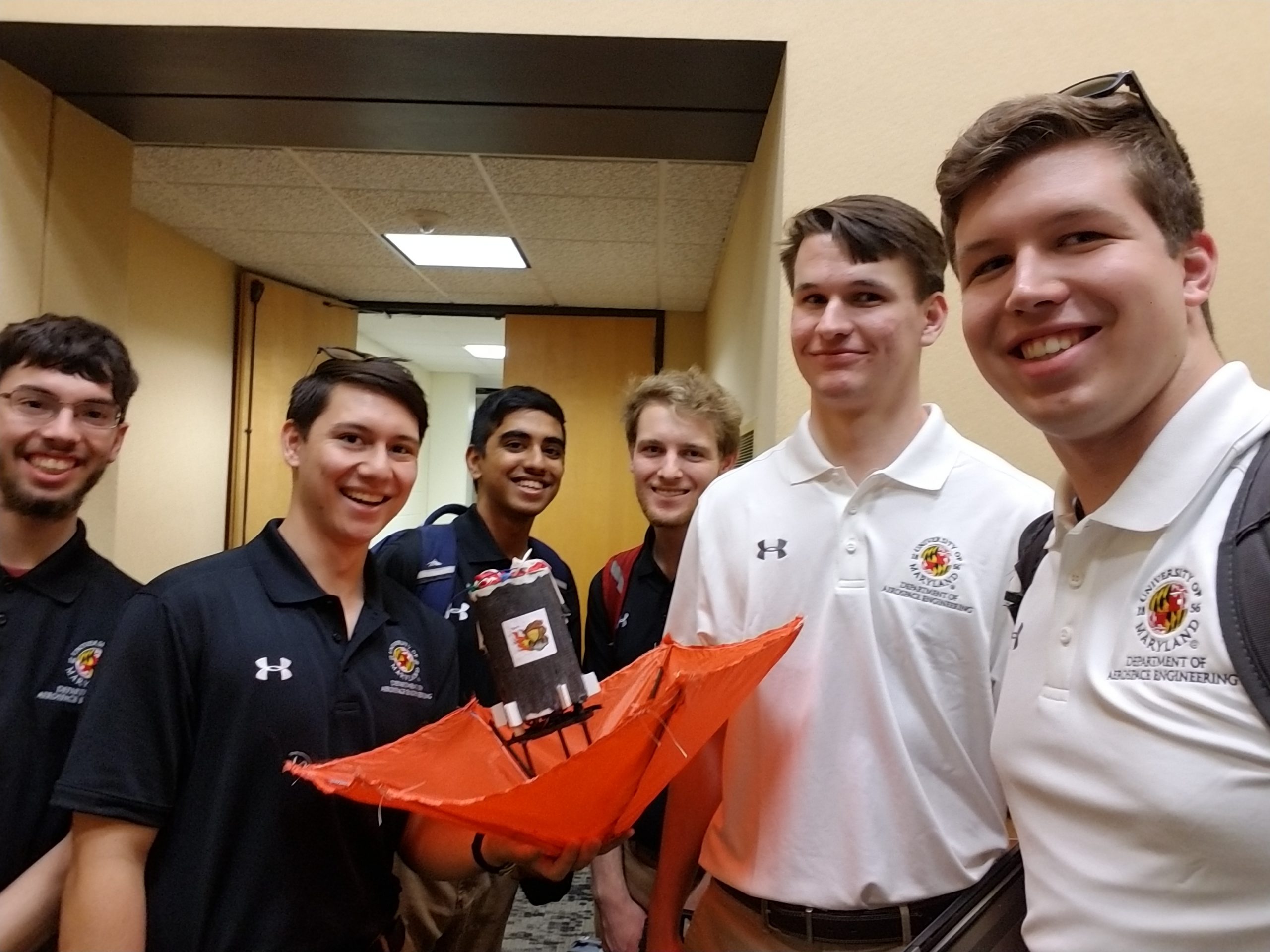 Quinn and his team from the University of Maryland displaying
their CanSat during their Flight Readiness Review.
CREDIT/QUINN KUPEC

What led you to wanting to pursue a career in aerospace?

When I was in third grade, I attended a camp on rocketry. At the camp, I learned about the basic physics behind rockets and an introduction to designing and building my own model rockets. They also taught us about aerospace engineering. Once that I learned that I could have a career designing rockets, I was hooked.

Most of your research has focused on CubeSat re-entry. Why did you decide to focus on this area?

My research started out as a general study on ultra-low ballistic coefficient entry decelerators. My team and I were trying to find out if we could get meaningful data on their aerodynamic stability by dropping them from balloons. After we determined that we could collect viable data, we started looking into specific applications of the decelerators that we could investigate. We went through a variety of concepts before we heard that SpaceX was looking to use a similar design to recover the upper stage of the Falcon 9. They heard about our research and we were fortunate enough to work with the team at SpaceX and come up with some design concepts for them. Although they decided not to proceed with the development of the system, we still wanted to design something practical that we could test. Since we couldn’t afford to build our own upper stage, we decided to focus on a more practical concept. CubeSats have grown increasingly popular, so we decided to examine the idea of trying to re-enter and recover one, something that has never been done before. 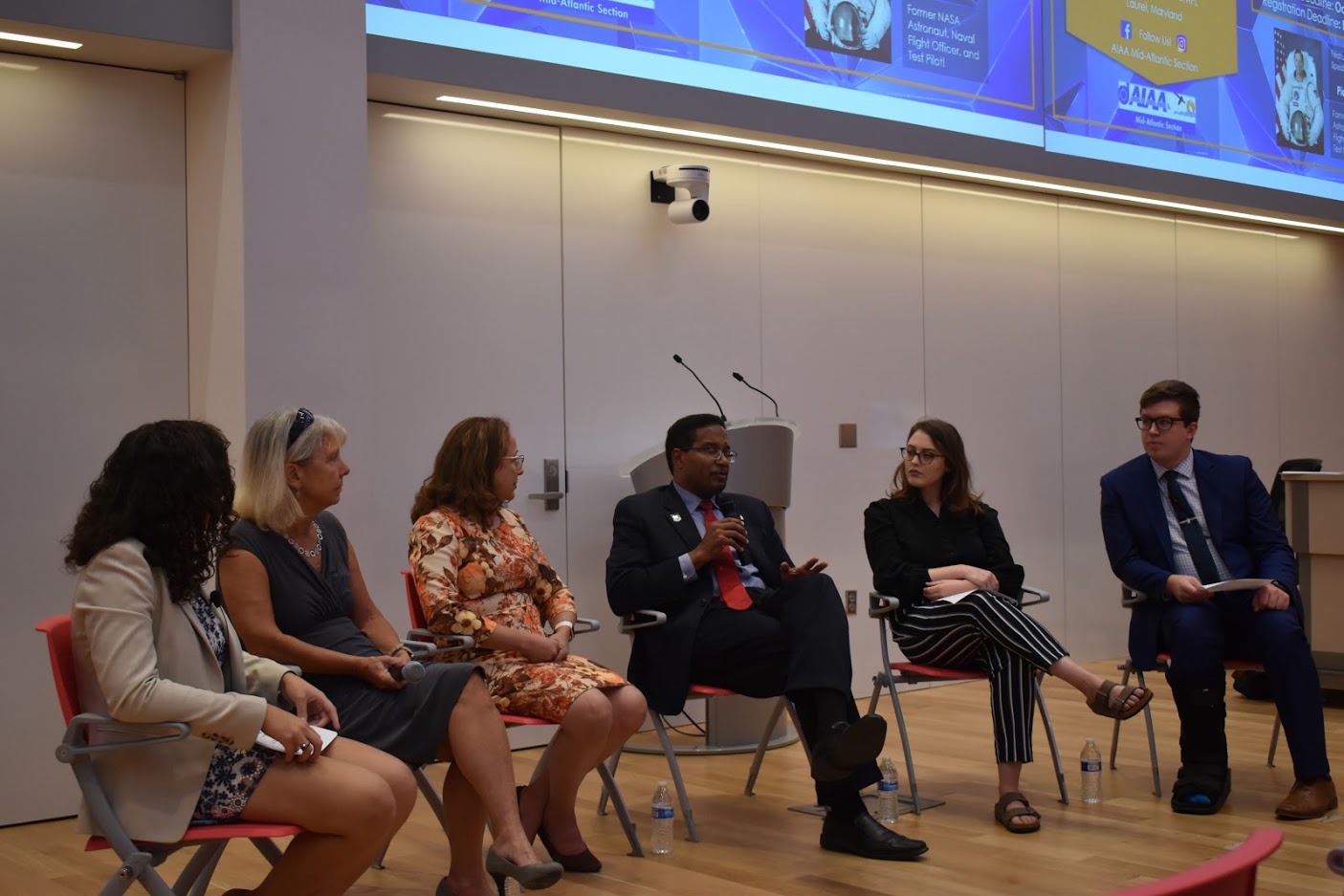 You have worked at Sierra Nevada Corporation, Aurora Flight Sciences, and a.i. solutions. What have these experiences taught you and how have they influenced your educational and professional goals?

Through all these experiences, I learned a lot about practical engineering. I’ve found that there is a big difference between what you learn in class, what you do in a research lab, and what actually happens in the industry. There is a lot more to aerospace than just knowing the science and math behind how things work. I originally thought my interests were more in structural design, but after doing some astrodynamics work during my junior year and interning with the FreeFlyer team at a.i. solutions, I’ve been more interested in astrodynamics. I’ve really enjoyed working with the FreeFlyer team and I’m very excited to be working with them again after graduation.

What extracurricular activities have you participated in during your time as an undergraduate student and what are some of your favorite memories from those activities?

I’ve been on the board of the University of Maryland chapter of the American Institute of Aeronautics and Astronautics (AIAA) since my freshman year. I’ve also been working as an undergraduate researcher with the NearSpace Balloon Program in the Space Systems Lab. Because of this program, I got involved with the CanSat competition and the American Astronautical Society. I was fortunate enough to attend several conferences on behalf of the lab and was able to present at the International Space Station Research and Development Conference (ISSRDC) in the summer of 2019. 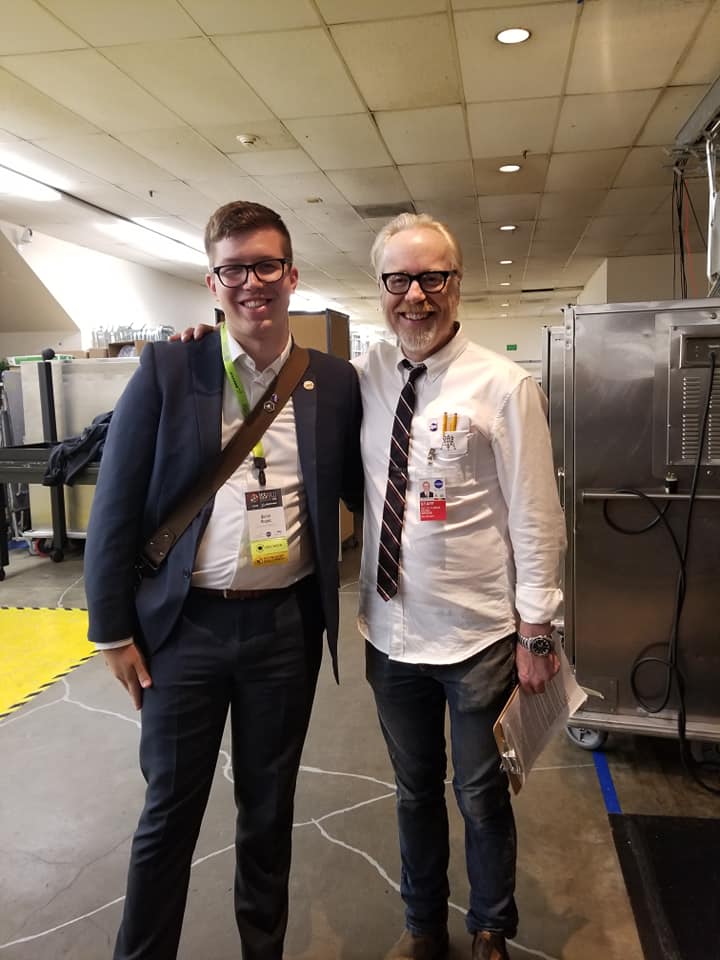 One project that you have worked on during this time is TARDIS. What is that?

TARDIS stands for Triggered Aerodynamic Resistance and Drag by Increase in Surface. It’s designed as a test bed for ultra-low ballistic coefficient entry decelerators. It’s gone through quite a few different design iterations to get to where we are today.

When the Student CanSat Competition started back in 2005, the University of Maryland participated for the first few years. They took a break from competing and came back to the competition my freshman year when a group from the Space Systems Lab entered, but weren’t selected for the final competition. After my freshman year we weren’t planning to compete again, but when we saw the competition was for a vehicle with a deployable heat shield that was similar to what we were already working on, we knew that we had to enter. I was fortunate enough to lead a team of some really amazing people for the competition. The competition requirements required us to pack a lot more design features than what we were doing on TARDIS. We were able to borrow some of the heat shield designs from TARDIS and incorporate them into a new system we called Simulated Heat Inhibiting Entry and Landing Device (SHIELD). We had an amazing time at the competition, including our nearly 50-hour drive to and from Texas. Additionally, we were honored to place sixth overall in the competition as well as meet some of our fellow students from around the world.

How would you describe the CanSat Competition itself?

The actual competition was amazing. There was a really cool feeling being at the competition surrounded by other aerospace students from around the world. On some of the rare occasions when we had some downtime, we were able to talk with the other teams. I met some students from several different countries that I’m still in contact with now. Being and working at the competition brought us closer as a team. We had already been spending some long nights together working on our CanSat, but the competition took it to a new level. We spent the first few days leading up to the Flight Readiness Review furiously working to fix some last-minute problems on our payload. We set up makeshift workstations in our hotel room including one on the counter in our bathroom. After the Flight Readiness Review, we only had a few loose ends to wrap up. Then at the competition, we spent the morning getting our CanSat ready for inspection and integration. After the launch and our mostly successful flight, we did some celebrating before we had to prep for the Post Launch Review. After that, we took in some of the sights in Texas before heading to the awards.

What are your thoughts about entering the workforce during this uncertain time?

I’m very lucky a.i. solutions offered me a position and I am starting there June 1st. A lot of my friends have had their internships canceled or their start dates postponed for full-time positions. I think it’s certainly an interesting time to be starting in the workforce, but I’m very fortunate to be working for such an excellent company.

How have you been keeping yourself busy during the quarantine?

Aside from playing lots of Kerbal Space Program, I’ve been working hard on my schoolwork. Even though classes have moved online, professors are still assigning quite a bit of work. My senior design project has been especially busy as we are finishing up our final design ahead of the NASA Revolutionary Aerospace Systems Concepts – Academic Linkage (RASC-AL) engineering design competition in June. Additionally, I’m working part-time at a.i. solutions on their Drone Systems program. I’ve also been using my 3D printers to manufacture face shields for local hospitals. It’s been really nice to do something to help out with the current crisis.

Why did you choose to begin 3D printing face shields?

I read on some 3D printing forums about people using their 3D printers to manufacture face shields. At first, it was mostly people in harder-hit areas like New York City, but then I saw more discussion of a need elsewhere in the United States. I decided to try using my printer to make a handful of face shields. At first, I only made a batch of ten. Then, I got in contact with the University of Maryland Prince George’s Hospital and they told me how desperately they needed more face shields. After that, I made modifications to the design that I was using and purchased a second 3D printer so that I could produce as many as possible. Right now, I’m able to produce about 70 face shields a week. 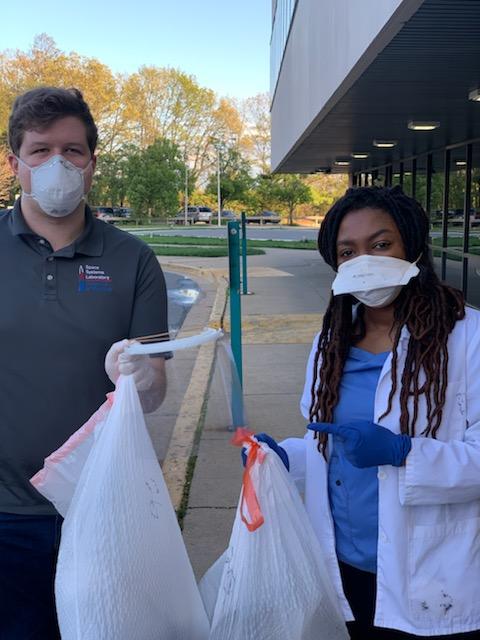 Lastly, in what ways would you like to see the aerospace industry evolve in the upcoming years?

One of the things that I love about working in aerospace is that it’s constantly changing. The technologies that we’re seeing today are things I would not have predicted just a few years ago. That said, I think there is still room for growth in the industry itself. One thing I’d really like to see is more diversity. As chair of the University of Maryland chapter of AIAA, I worked with the Diversity Working Group at AIAA National to coordinate a Diversity and Inclusion event held at University of Maryland. We worked with the AIAA National Capital and Mid-Atlantic Sections to help bring in attendees and speakers for the event. We had an awesome panel with Dr. Daryll Pines, Ann Darrin, Mayra Montrose and Luc Riesbeck. They discussed diversity in the aerospace industry and answered student questions on the subject. Overall, we got a positive feedback from the attendees and I think they plan on hosting similar events in the future. I think it’s really important to have more representation in aerospace. When kids see that, they’ll know that no matter what their background is, they belong in aerospace.

Quinn Kupec is currently finishing his B.S. in Aerospace Engineering, with a focus on Astronautics, at the University of Maryland. Upon graduation, he will be joining a.i. solutions as an Aerospace Engineering working on the FreeFlyer Astrodynamics Software team. Previously, Kupec completed internships with Aurora Flight Sciences, where he worked on the Odysseus Solar Aircraft and Sierra Nevada Corporation Space Systems Group, where he worked with Upper STAge Recovery (UPSTAR) program. Along with his professional accomplishments, Kupec participated in multiple research projects, including roles as creator, project leader and lead designer of Triggered Aerodynamic Resistance and Drag by Increase in Surface (TARDIS) and team leader and mechanical systems lead of his CanSat/Simulated Heat Inhibiting Entry and Landing Device (SHIELD) team, who placed sixth out of over 100 teams in the International CanSat Competition. 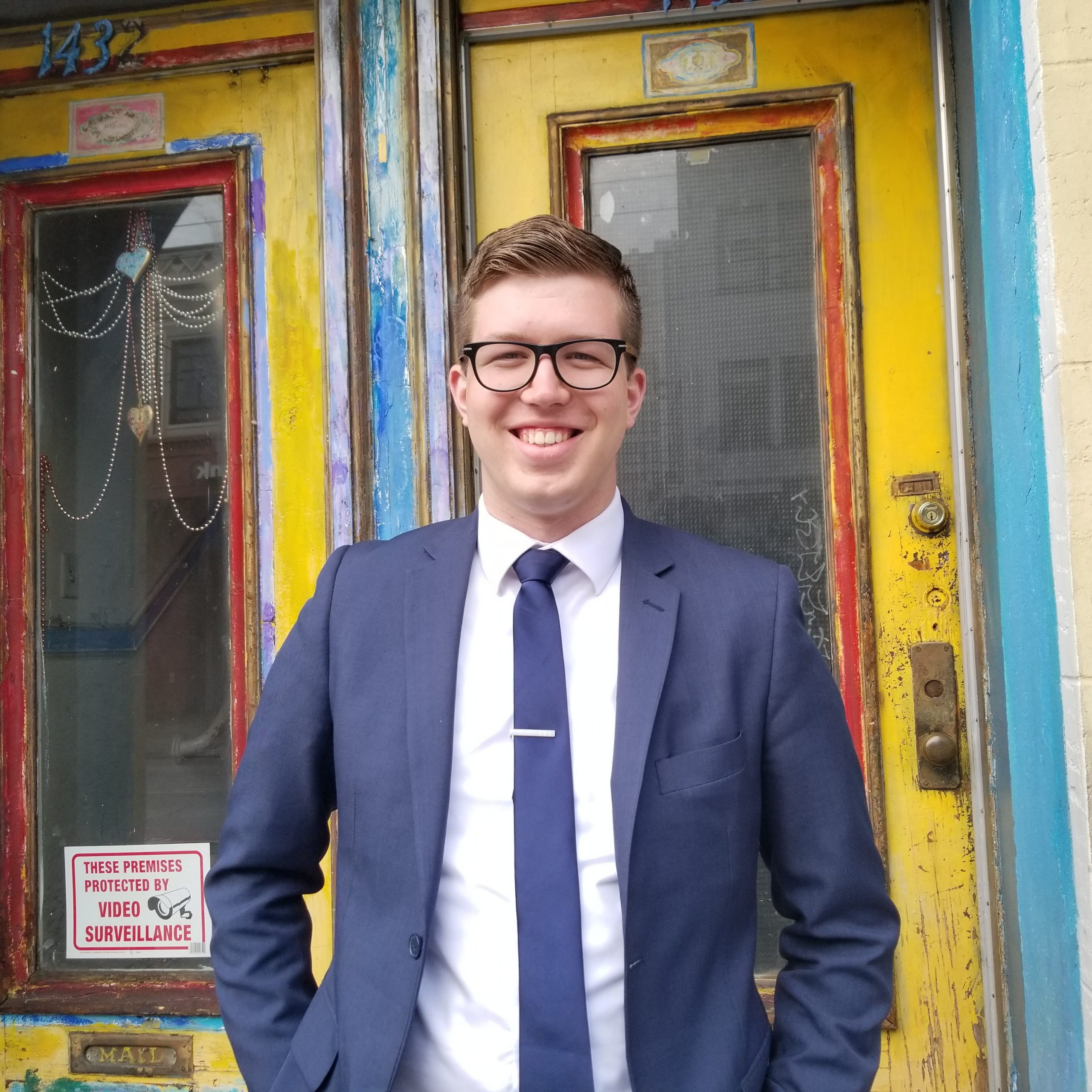 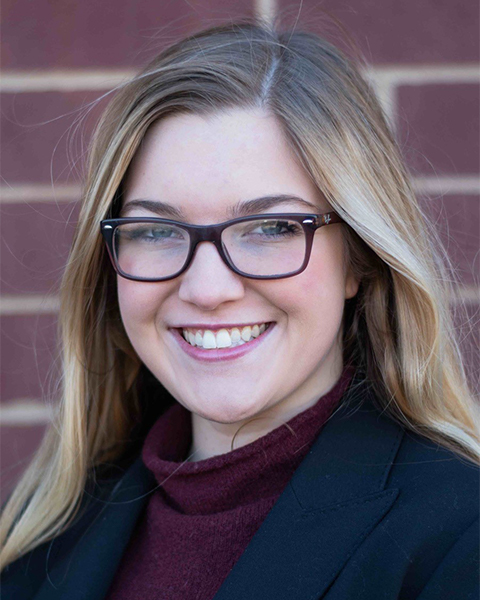