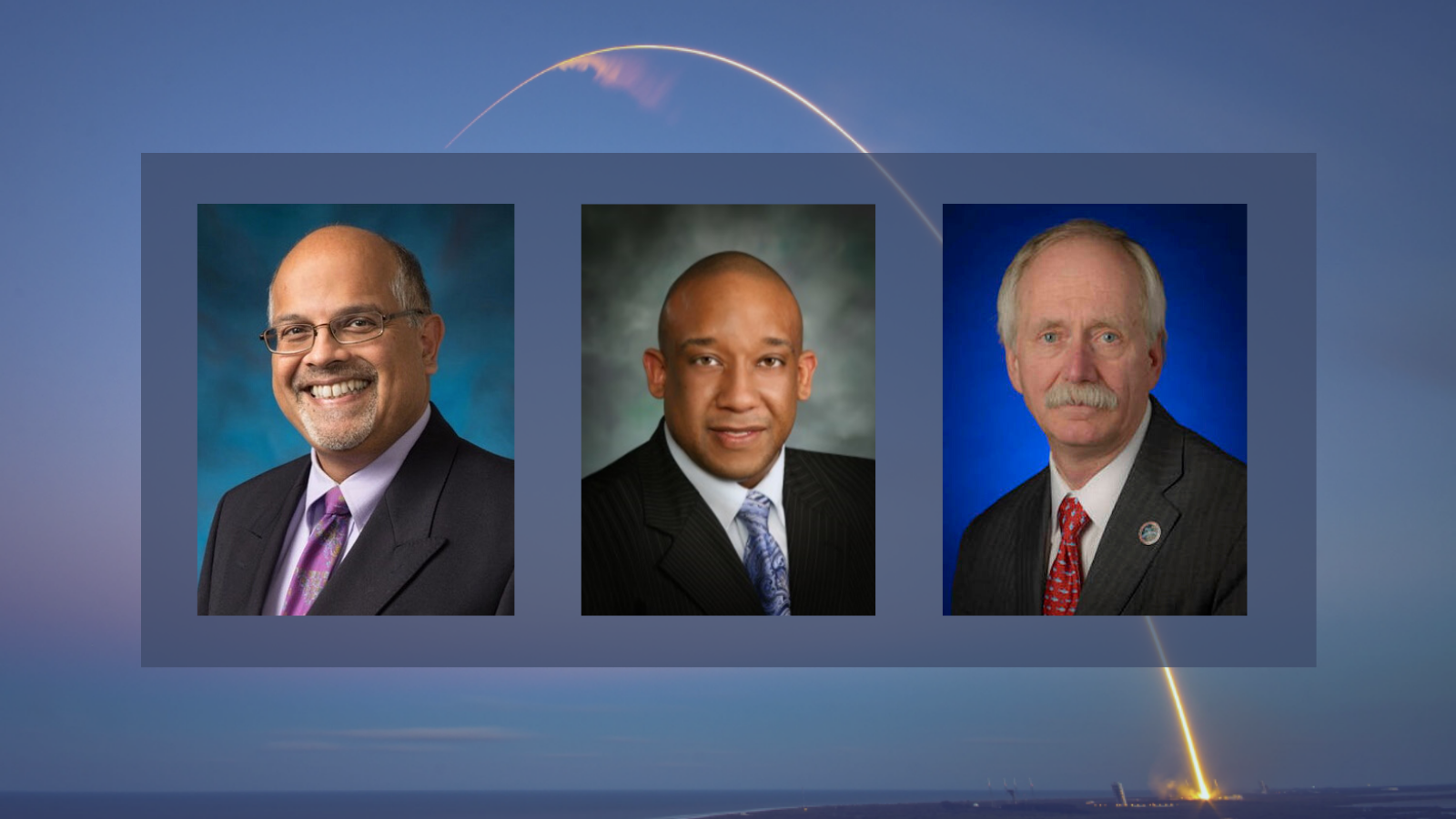 Each year, the American Astronautical Society (AAS) selects a new class of AAS Fellows who are recognized for their significant scientific, engineering, academic, and management contributions to astronautics and space. New AAS Fellows are nominated each year by current AAS members and reviewed by a distinguished selection committee. This year’s selections continues this strong tradition of acknowledging the impacts these individuals have made throughout their careers. The 2019 class of AAS Fellows are Chris D’Souza, J. R. Edwards, and Bill Gerstenmaier.

“AAS is excited to honor these individuals for their remarkable achievements and accomplishments,” said Jim Way, AAS Executive Director. “Their work is truly deserving of recognition and we thank them for their contributions to advanced space flight and exploration, and to AAS.” 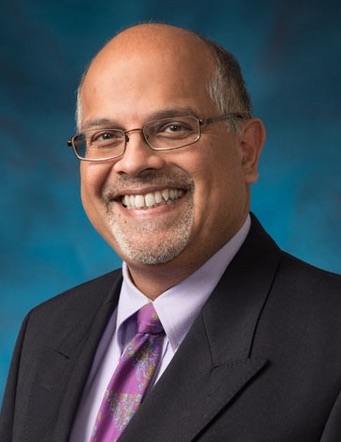 After earning his PhD at the University of Texas in 1990, Chris D’Souza went to work at the Wright Laboratory’s Armament Lab at Eglin AFB, making contributions to optimal control theory and its application to missile guidance. Later, he moved to Draper Labs, where he obtained the exact solution for time-to-go in an optimal planetary landing guidance law, later used by the Apollo missions.

In the late 2000s, D’Souza became a member of the Johnson Space Center’s advanced GNC groups. There, he has made numerous contributions to Orion’s guidance, navigation, and control. Currently, he leads the Orion optical navigation system, a Government-only-developed hardware/software system responsible for providing the vehicle with autonomous navigation capabilities; making sure the navigation design is state-of-the-art so that it can run autonomously and return a crew safely to earth.

D’Souza is also the deputy branch chief of the Autonomous Flight Systems Branch, which provides on-board targeting, navigation, and orbital guidance capabilities to NASA/JSC. He is internationally recognized as a leading expert in onboard spacecraft navigation systems and is the most respected navigation engineer at NASA. It is his countless spacecraft navigation contributions and achievements that make him an AAS Fellow.

“I am privileged and honored to be selected as an AAS Fellow, especially considering the fact that the list of fellows includes most of my heroes,” D’Souza said. “I feel that I am standing on the shoulders of giants and it motivates me to live up to the standards set by them.” 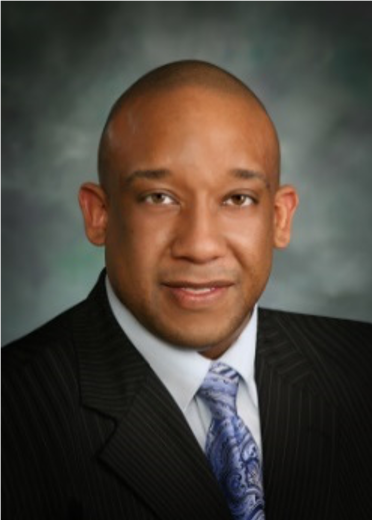 J.R. Edwards began his career at the Indiana University School of Business and the IU Center on Philanthropy. He is a business leader known for trailblazing ideation and operational excellence. Over his career he has served as manager of human space flight programs based in Lockheed Martin’s Government Affairs Office, besides serving as corporate liaison to NASA Headquarters and taking an assignment at the U.S. Department of State. He served on the AAS Board of Directors and is one of their most supportive and valued corporate members. He also represents Lockheed Martin at the International Astronautical Federation.

Edwards has continually increased his influence on important organizations and activities in the aerospace sector. It is his constant leadership, participation, and support that has made his value to customers and partners well beyond the scope of contracted work. He is credited with setting the vision and managing Lockheed Martin’s model partnership with NASA via the Space Act agreement, Strategic Alliance for Education and Public Outreach. Additionally, Edwards is an honorary board member of the Space Generation Advisory Council, and also serves on the advisory board for Students for the Exploration and Development of Space. It is Edward’s continuous work, support, and leadership, along with his many achievements, that make him an AAS Fellow.

“Being recognized as an AAS Fellow is quite an honor,” Edwards said. “AAS’s commitment to celebrating achievement across the full spectrum of diversity is noteworthy. In light of the legacy of Mrs. Katherine Johnson, this recognition holds a special significance for me. Her time and talents, as well as those of other hidden figures in the birth of America’s space program, selflessly paved the way for all of us to realize our visions for space activities. In accepting the AAS Fellowship, I honor Mrs. Johnson and the many other hidden figures, past and present.” 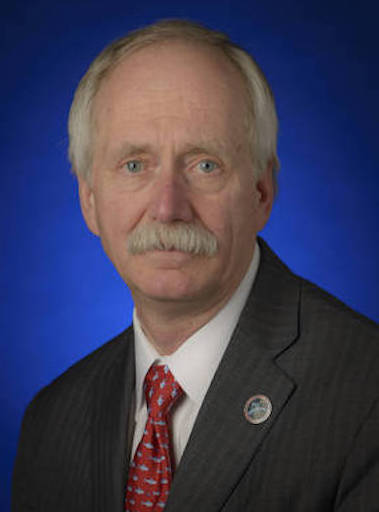 Bill Gerstenmaier graduated from Purdue University’s School of Aeronautics and Astronautics in 1977 with a Bachelor of Science degree in Aeronautical Engineering. His NASA career began at the Lewis Research Center in Ohio (now the John Glenn Research Center), where he analyzed data from supersonic wind tunnels for applications to the re-entry of the Space Shuttle. In 1980, Gerstenmaier joined the Johnson Space Center in Houston, where he worked on the Space Shuttle propulsion system, and the preliminary design states of the International Space Station.

Gerstenmaier served as the Deputy Manager and Manager of the International Space Station in 2000 before being promoted to serve as NASA’s Associate Administrator of Human Exploration and Operations from 2005 until 2019. During his time there, he was considered by many as “the most influential person when it comes to U.S. spaceflight”. He was responsible for the majority of NASA’s budget, overseeing strategic planning, analysis, and investments in future human spaceflight and ISS operations. On February 11, 2020 SpaceX announced that they hired Gerstenmaier as they prepare to launch their first astronauts into space. It would be the first time since the end of the Space Shuttle program in 2011 that the U.S. has flown its own astronauts to space. It is his career-long contributions to human spaceflight and operations, along with his many specific achievements, that make Gerstenmaier an AAS Fellow.

“I am tremendously honored to be selected as an AAS Fellow,” Gerstenmaier said. “AAS is a tremendous organization that has been serving the astronautical community well since 1954. AAS hosts many key technical and policy meetings and has the impact to shape the path of space exploration in the United States. I realize that part of the recognition for this honor goes to many talented folks that I have had the privilege to work with and lead. In the field of space exploration, a team is required in order to be successful and push new frontiers. Thank you for this award and privilege to be part of the AAS team which continuously advances spaceflight for the nation.”

These three new AAS Fellows will each receive a plaque to commemorate their selection. In addition, they will be presented with their plaques at a future AAS event. Be sure to look for additional information in the coming weeks. Click here for further information on the AAS Fellows. 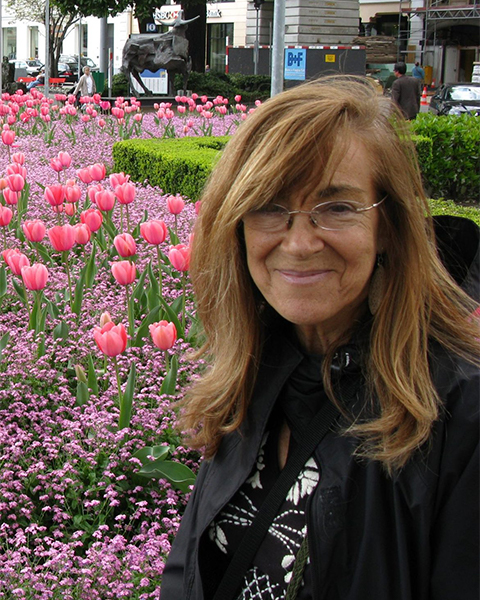 Cindy Schumacher is a journalist from Maui, Hawaii. She currently writes the Focus Maui Nui articles in the Maui News for Maui Economic Development Board and is a contributing writer for the Lahaina News. She has written numerous articles on topics related to astronautics and space science for Space Times, and has covered several national and international conferences.