Inside the Mind of a Young Professional: A Conversation with Josh Ehrlich

Inside the Mind of a Young Professional: A Conversation with Josh Ehrlich 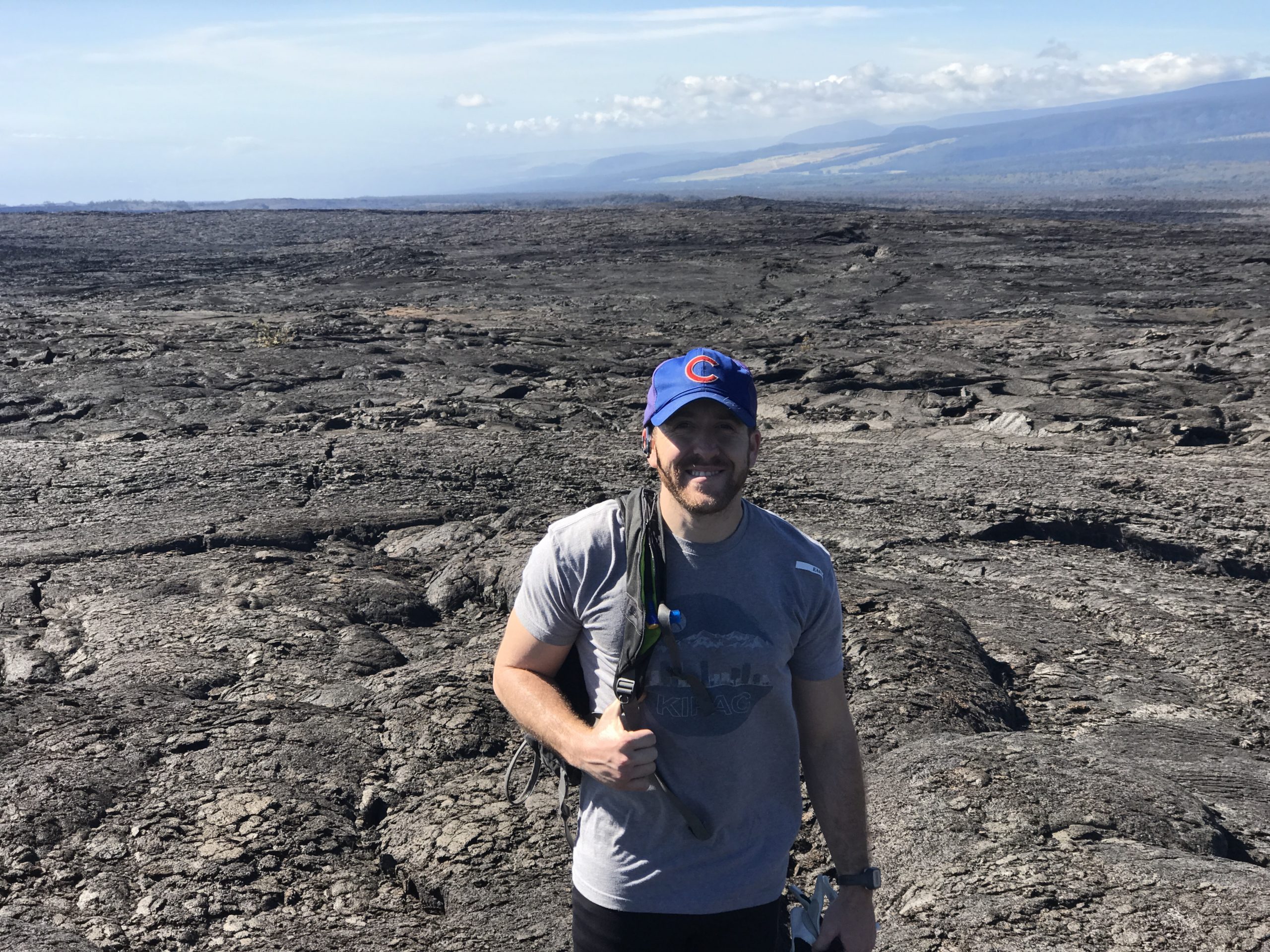 Josh at the Hi-SEAS mission site. The Mars-like geology allows crews to perform high-fidelity geological field work and adds to the realism of the mission simulation.
CREDIT/JOSHUA EHRLICH

What initially influenced you to pursue a major in aerospace engineering?

I grew up in South Florida and I didn’t really get much interaction with space, so for the most part it was pretty foreign to me. It wasn’t until I went to space camp when I was ten years old that I developed a fascination with space. I immediately came home and I said ‘mom I love this stuff’ and I’ve been hooked ever since. I think all the freeze-dried ice cream and unlimited cereal won me over; I wasn’t allowed to eat junk food as a child. I’m one of the weird ones in the way where I’ve always known what I wanted to do since I was a kid. Growing up I went to a pre-engineering magnet in middle school, where I drew and cut out space shuttles and hung them all around my room. Now, when I go and talk to kids and students at STEM events, I try to be that push and that influence that leads them in getting their imaginations going and sparks a passion for the aerospace industry.

You were a crew member of HI-SEAS, the eight month Mars-simulated mission in Hawaii. What led you to this experience?

HI-SEAS, which is the Hawaii Space Exploration and Analog Simulation, was a really interesting experience. I had been following analogs at the time so I knew that I wanted to be a part of one of these crews. The HI-SEAS experiment came up from my mentor, from when I was co-oping at Kennedy Space Center, who suggested that I apply. So, I decided to give it a shot. I figured I probably wouldn’t get selected, but as I went through the interview process, getting selected seemed more and more possible. I kept my managers at Lockheed involved throughout the whole process and they were very supportive, so I am thankful for that. Ultimately being selected for this mission has helped me to realize that anything really is possible.

Can you talk a little about what it was like living in a long duration habitat designed to simulate a mission on Mars, and what you learned from that experience?

One of the things that they ask about in the HI-SEAS application is if you have any relevant experience to analog missions and to being in isolation, and that’s one interesting aspect that I brought to the table. I was in Air Force ROTC for a portion of my undergraduate studies, and I had previously participated in field training for 21-days out at Maxwell Air Force base, so I had already been exposed to some of these high-intensity, isolated experiences. During my time as a crew member I learned that it is vital not only to be a leader when it is necessary, but also to be a good follower and to trust in each other. Living in an isolated environment also helps you learn how important of a factor communication is in terms of making a mission successful.

Since you graduated with degrees in aerospace engineering and mechanical engineering, how did you land the role of Mission Specialist of Biology and get to study plant growth optimization during the mission?

I have to give credit to Grandma Pearl. When I was living down in Florida with her I would be put to work in the garden all day. After being in Florida around such a lush flora every day, over time I gained this level of appreciation and comfort from that. During my time at Kennedy Space Center as a co-op I was working on the vegetable production system (Veggie) testing equipment and systems to be installed on the ISS, providing astronauts with the capability to provide supplemental food for their long-duration missions. It also provides them with a piece of home, and that can go a long way when they’re in outer space. What I brought to the table at HI-SEAS was not just growing plants, but also figuring out a way to optimize their growth schedules so we can provide crews with an abundant amount of fresh food, as they grew under lights 24-hours/day. 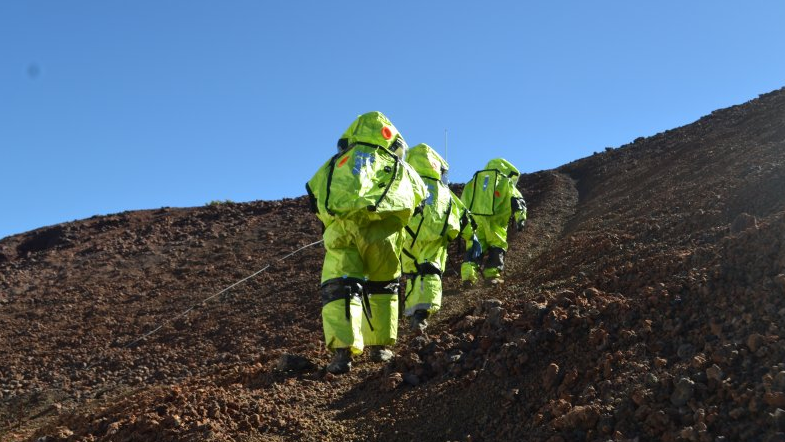 Josh and his fellow crew members working in the HI-SEAS habitat, an isolated Mars-like site on the Mauna Loa side of the saddle area on the Big Island of Hawaii.
CREDIT/NASA HI-SEAS

The whole experience was very enjoyable actually. Productivity was at an all-time high and every day of the 240-days of that mission was scheduled out for you by the minute. You’re always doing something important, and for me that really put me at harmony with the mission itself. Of course, there were times when the crew members butt heads, so learning how to resolve conflict and get from Point A to Point B by using effective ways of communication was a great learning experience. Those skills of being a good leader, a good team member and an effective communicator are all very important things that I still use to this day. Being patient, clear, and concise with your intentions while truly understanding the root of a problem can save you lots of time and energy.

Now you are a full-time employee at Lockheed Martin. What are some of the projects that you have been working on?

Since 2014, I have been working on the Orion European Service Module (ESM). Orion is NASA’s manned spaceflight program which Lockheed Martin is the primary contractor. On the ESM we also worked directly with the European Space Agency, Airbus, and many other contractors across many different nations, so the international aspect has been very important at a program level and rewarding at a personal level. Today, I am now working in our Advanced Programs team, designing concepts and mission architectures involving the Gateway and future deep space ventures.

What has your experience been like working at Lockheed Martin over the past 5 years?

Working at Lockheed Martin Space has been incredible. To me, working here is like being a part of a family. I’ve learned so much on the technical side of things and I’ve been able to bounce between working on many different opportunities while still working on a major governmental program. Working here has allowed me to flourish in the role that was defined for me, but also to branch out into different areas and develop leadership, technical, and social skills critical to my career goals.

What advice would you give to other young professionals planning to go into aerospace engineering?

The advice that I would give is going to sound cliché, but honestly, I would just say to never give up. Being a part of the space industry is such a worthwhile experience that you’ll be proud to be involved in. I remember countless times in college where I thought it seemed impossible, from differential equations to intermediate engineering analysis, but I never gave up. Eventually, you realize that the things that seem impossible are just a small piece of the problem that is at hand and if you don’t give up you will overcome. If space is your passion then go for it, no matter how easy or hard it may seem, it is definitely worth it in the end.

What is the next “cool” adventure for you? Where do you see yourself 5-years from now?

In five years I hope to be close to finishing my PhD, and then at that point I just want to focus on getting everything together for the 2026 astronaut candidate class selection. I would absolutely love to be an astronaut one day. That’s the dream, and I am going to continue working towards that. You just have to shoot for the moon and see where you land. Maybe fly by and land on Mars?

Josh Ehrlich is a Systems Engineer for Lockheed Martin Space Systems Company who recently served as a crew member for NASA’s HI-SEAS Mars-simulation mission set upon a vast plain in Hawaii below the summit of Mauna Loa, the world’s largest active volcano. Ehrlich served as the Mission Specialist of Biology performing plant growth optimization with NASA’s Veggie prototype hardware during the eight-month mission, which involved living in a long-duration analog habitat, explicitly designed for simulating planetary exploration missions, and conducting fully suited activities on a Mars-like landscape. In conjunction with his full time employment at Lockheed Martin, Joshua is also attending the Colorado School of Mines for a PhD in Space Resources. 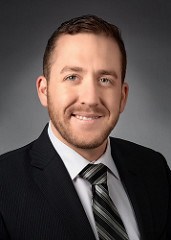 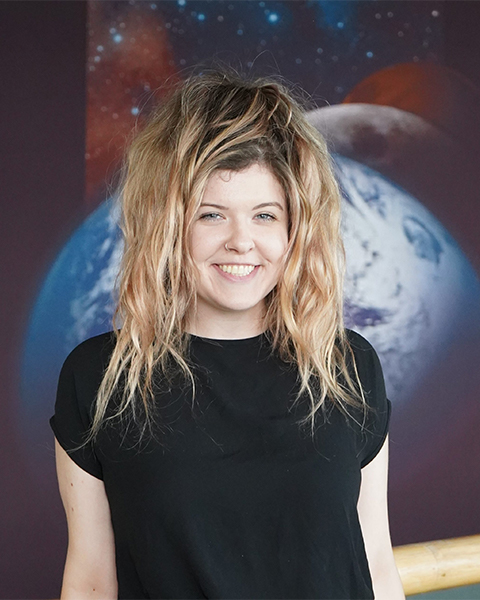