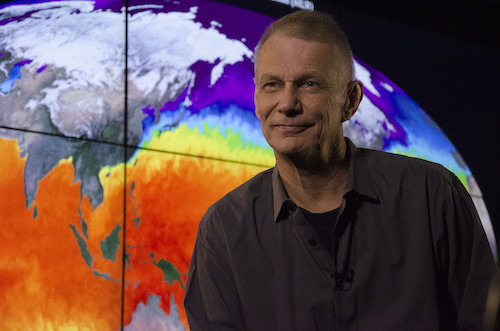 On December 23rd , the AAS lost a friend to our organization, a friend to the space community, and a friend to Planet Earth. Piers Sellers’s life embodied his conviction of understanding the world we live in and the universe around us. He was always an optimist, in that if we understood what was happening in the world around us, we could and would fix it. Upon hearing of his cancer diagnosis, he wrote a New York Times op-ed about grappling with the meaning of his life and life’s work. In both the op-ed and a recent film released this fall with Leonardo DiCaprio called “Before the Flood”, he argued, “that he expected human ingenuity to rescue the planet from the dire future of runaway global warming.”

Pier’s work at GSFC made him available to support many activities in the Washington, D.C. area. AAS was lucky enough to have Piers Sellers as a speaker at our conferences and was well known, personally, to many of our membership. In fact, he was to be the key speaker at our December 1 st event. It is with deep sadness that we must say good bye to a very good friend, however, he has engraved his mark on our world and his place in the universe.